The Colossal Failure Of The Modern Relationship is hard to love 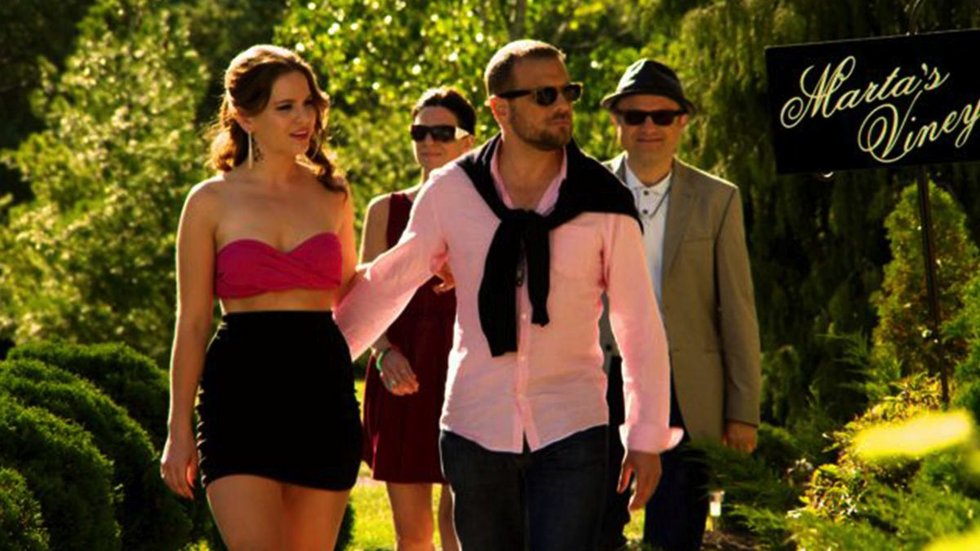 Sergio Navarretta’s The Colossal Failure Of The Modern Relationship is a pretty generic romantic comedy with some appealing actors, set in the incredibly picturesque Niagara wine country.

Alessandra Piccione’s screenplay aims for door-slamming farce, as an unhappily married pianist (19-2’s Krista Bridges) accompanies her food writer husband (Enrico Colantoni) on a working trip to the vineyards, only to run into his boss (David Cubitt) – with whom she’s been having an affair – vacationing with his own girlfriend (Brooke Palsson).

Awkwardness and wacky misunderstandings ensue, but at least the actors have fun with it – especially Colantoni, who’s so engaged he even manages to make his character’s dopey wardrobe feel like a deliberate choice rather than the work of a distracted costume designer.

There are a lot of things like that. The cinematography is lush, but the musical score feels lacking. The pacing is sluggish – the film could lose half an hour without blinking – but some scenes snap together just so. The overall experience was inoffensive enough when I saw it a couple of years ago at the Italian Contemporary Film Festival.

As a stand-alone experience, though? Maybe wait for VOD.