Review: The Dead Don’t Die will have a cult following in five years 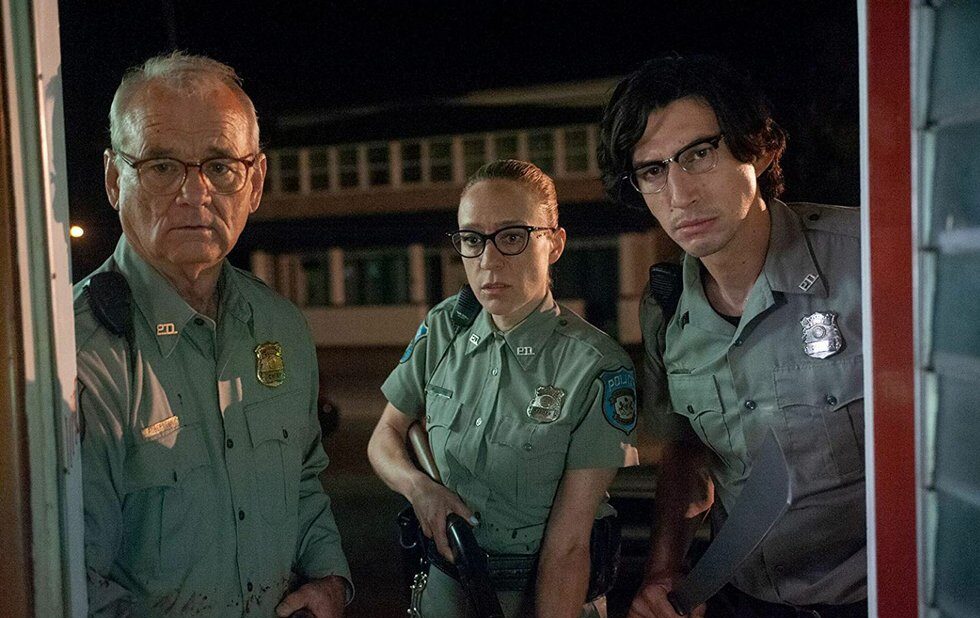 A dozy riff on George A. Romero’s Night Of The Living Dead with a dash of Ed Wood’s Plan 9 From Outer Space or whatever other no-budget ghoulapalooza writer/director Jim Jarmusch caught on TV late one night as a kid, The Dead Don’t Die is… well, it’s really weird.

It’s also moody, drenched in irony and sometimes explosively funny. And it never even comes close to being scary, even as characters are having their flesh eaten on camera.

The Dead Don’t Die is as deadpan as they come, opening with an invocation of Romero’s chilling classic – which people know and love in this movie’s world – and then just rolling through all the standard genre tropes of 50s and 60s programmers.

There’s a diner a little too close to the cemetery, a carload of teens making an ill-advised stop at the local motel, a corpse at the police station waiting to be taken to the morgue and a twangy hit single by Sturgill Simpson that one character helpfully tells us keeps playing on car radios because it’s the title song. That passing meta moment is one of several winks to the audience, and if those winks never really add up to anything, well, neither does the movie, but you probably won’t mind too much.

There’s barely a plot. After “polar fracking” knocks the Earth off its axis, the citizens of sleepy Centerville, USA, have to fend for themselves against a growing army of the walking dead. Laconic police officers Cliff Robertson (Bill Murray) and Ronnie Peterson (Adam Driver) are a little slow to catch on – the first zombie attack is assumed to have been committed by a wild animal, or possibly several wild animals – but eventually they rouse themselves to fight the hordes, accompanied by panicked Mindy Morrison (Chloë Sevigny) and cheerful Scottish funeral director Zelda Winston (Tilda Swinton, of course).

And during all this, the dead – initially represented by Iggy Pop and Jarmusch’s real-life partner, Sara Driver – wander around creeping up on a supporting cast that includes Steve Buscemi, Danny Glover, Selena Gomez, Larry Fessenden, Caleb Landry Jones and RZA. Tom Waits is there, too, as a hermit named Bob who is addressed exclusively as “Hermit Bob.” I probably laughed at that more than I should have.

After the heroin-chic loucheness of Only Lovers Left Alive and the quiet, soulful resonance of Paterson, Jarmusch is just out to have some fun, and I can understand why his all-star cast would be happy to spend a few days goofing around in this zero-stakes world. Murray and Driver are a fine pair of straight men to all the chaos – even their incredulous pauses are perfectly synchronized – and Swinton turns her ethereal weirdness up to 11 with delightful results.

Meanwhile, Sevigny gives the movie the closest thing it has to gravitas or meaning by the reality of the situation, and responding to the zombie apocalypse with genuine terror and panic. Jarmusch may not have written her character as a deconstruction of the way women were routinely sidelined or disregarded in genre pictures, but there’s no question that’s how Sevigny is playing it.

Those meta touches are the sort of thing that makes The Dead Don’t Die so fascinating to watch. It’s not satisfying as horror, and only sporadically works as a comedy, but I enjoyed the experience of sitting through it, wondering what the hell was going to happen next or what Jarmusch was about to show me.

In five years’ time, it’ll have a hell of a cult following. But right now, many people are gonna hate it. Their loss.