The Death Of Stalin is a viciously funny satire 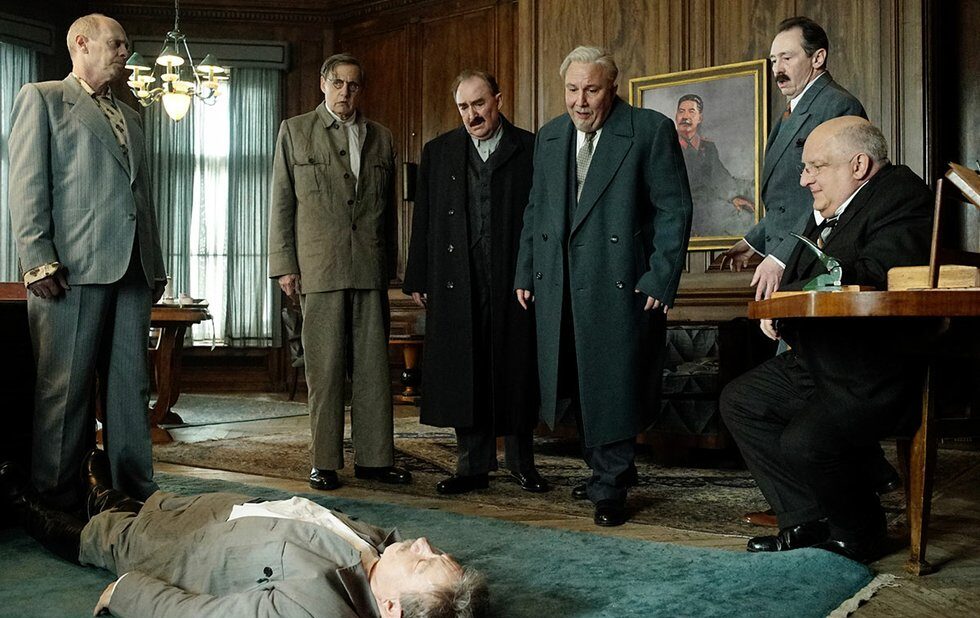 In his latest viciously funny feature, the brilliant British satirist Armando Iannucci (The Thick Of It, In The Loop, Veep) reimagines the chaos within the Soviet Central Committee after the death of Stalin as a ballet of desperate quislings and backstabbers, each one scrambling to be the man who fills the power vacuum.

As perfectly conducted as the orchestra performances that open and close the film, The Death Of Stalin zips along merrily as alliances are formed, plots hatched and lives destroyed.

The difference between this one and Iannucci’s previous vivisections of UK and American politics is that every last person in the room has blood on their hands, and no compunctions about adding a little more.

The ensemble – which includes Jeffrey Tambor, Steve Buscemi, Simon Russell Beale and Michael Palin as principal Party leaders, Andrea Riseborough and Rupert Friend as the old man’s grown children and Jason Isaacs as the commander of the Soviet army – is a pissy, frantic delight, firing off Iannucci’s glorious, convoluted insults as easily as their foot soldiers dispatch peasants in the background.

It’s an ingenious metaphor, and when it lands you’ll choke on your laughter. Which is precisely the point.