The Dinner is unappetizing 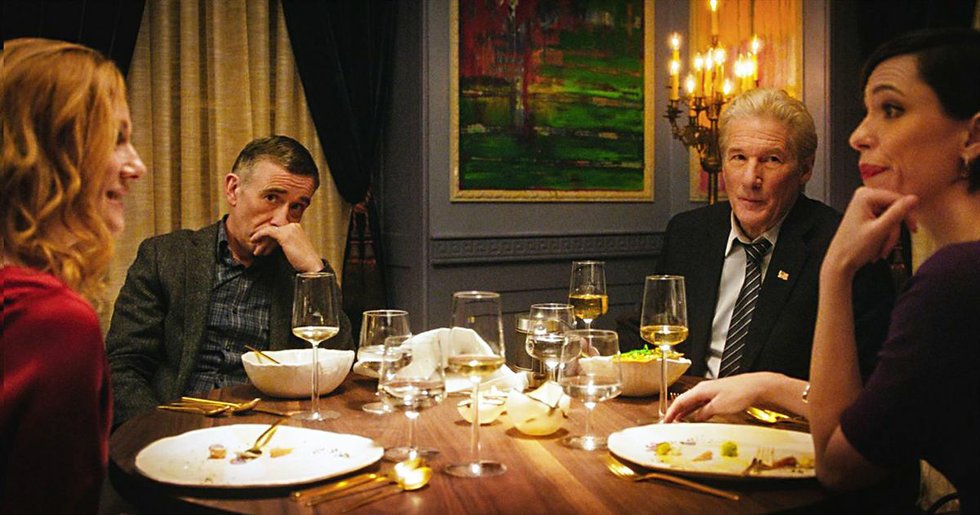 The Dinner is a curiously bland adaptation of Herman Koch’s bestseller about two couples dining out at an outrageously expensive restaurant while discussing some nasty business done by their children. The setting has been changed from the Netherlands to the U.S. (probably around DC), but that’s the least of the film’s issues.

Flashbacks to the central incident are strangely interwoven with the main narrative, with no clue who’s flashing back to them, and director Oren Moverman never finds a way to build momentum or suspense from a story that should be bursting with it.

But the biggest problem is the inconsistent tone. Koch’s nasty first-person narrators tend to be charming but unreliable. In the novel, main character Paul is a teacher who’s got a chip on his shoulder about Stan, his fancy politician brother, and for much of the book we’re on his side.

As played by Steve Coogan, however, Paul’s obnoxious from the start, a kvetching man who has little connection to his wife (Laura Linney, doing yet another variation on Lady Macbeth) or son (Charlie Plummer).

While the other actors are fine, particularly Richard Gere as Stan, they’re shuffled around in a bunch of scenes that have no logic. A sequence in Gettysburg goes on way too long to make a painfully obvious symbolic point.

And the nicely shot restaurant scenes only point out the book’s main flaw: why would a hotshot politician discuss such a personal problem in such a public way?

Perhaps that’s why Moverman lays on the music thickly throughout the film. He doesn’t trust his own script – or the actors’ skill – to carry a scene.The result is unappetizing.