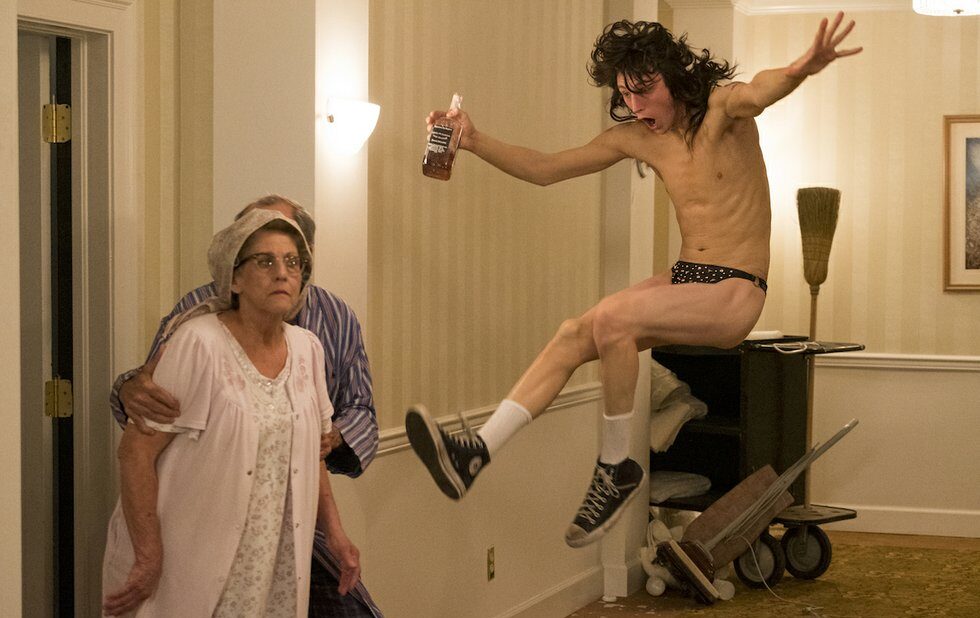 I didnt watch The Dirt expecting a nuanced portrayal of the self-described worlds most notorious rock band. Or because I thought a made-for-Netflix film directed by a guy most famous for making Jackass, and based on a book by the guy most famous for his pick-up manual The Game would have inspiring female characters. I watched The Dirt because Im a fan of Motley Crue, the greatest of those 1980s Sunset Strip heavy metal bands lumped together as glam, and I hoped it might redeem the music biopic genre from the dumpster fire of lies that was Bohemian Rhapsody.

The Dirt is not as bad as Bohemian Rhapsody. Its much worse.

Obviously, the timing is terrible. Its been more than 10 years since the bestselling 2001 Motley Crue biography The Dirt was first optioned for film, and its explicit accounts of hardcore debauchery were considered unfilmable even then. Its unclear why Netflix felt that 2019 was the right time to pull a movie about four out-of-control little shits who prided themselves on unceremoniously fucking then discarding anything with tits when they werent busy snorting coke (actually, as the film shows, sometimes they managed both at the same time) out of development hell. Maybe the music biz moguls who facilitated so much bad boy behaviour in the 80s and still run our entertainment empires wanted to relive the glory days when business meetings included free blow jobs? Read the room, dudes.

But the Dirt isnt bad because of the way 1980s Motley Crue treated women. Because of course drunken Tommy Lee vomits on a pole dancer. Vince Neil values his leather pants more than his girlfriend. Nikki Sixx bangs Lees fiancee moments before shes introduced to his parents. For some reason theyve written a line for old man Mick Mars to unconvincingly say he respects the female of the species too much to participate in band gangbangs, but overall every woman in this film who isnt a wife is portrayed as a whore. Is this awful? Yes. But at least its honest. Hell, Girls, Girls, Girls is the Motley brand.

The problem is that none of this actually feels awful to watch. All kinds of horrible things happen in this story: Neil kills Hanoi Rocks drummer Nicholas Razzle Dingley in a drunk driving accident, and later loses his four-year old daughter to cancer. Lee sucker-punches his fiancee on the tour bus. Sixx literally dies from a heroin overdose, saved by a shot of adrenaline to the heart in the ambulance the inspiration for the hit Kick Start My Heart, which for some reason is relegated to the end credits.

This isnt the joyride of Detroit Rock City. This should be a dramatic story that makes the viewer sick sometimes, but director Jeff Tremaine gives it all the depth of an amphitheatre jumbotron, jerking from one hamfisted scene to another. Theres more pathos in the Crues music video for Home Sweet Home.

Like the book, the film is narrated by all four members. They are not well cast. Ringleader bassist Sixx is played as a cardboard cliche by Douglas Booth. Iwan Rheon is barely there as guitarist Mars and should be happy he mostly gets to hide behind sunglasses the whole movie. Daniel Webber has the toughest scenes as Neil, and isnt terrible. Colson Baker (aka rapper Machine Gun Kelly) as the hapless romantic Lee, is the only one who brings his rock star character to life. (It doesnt help they are wearing wigs that appear to be purchased from Dollarama.)

By far the biggest problem with The Dirt is that its another music movie that disrespects the music. All biographies need truncating to fit into a film this one skips over how the bands first record was actually an independent release, amongst much more. And while the factual errors here are in no way as egregious as saying Queen broke up before Live Aid, theres still a lot thats messed up or missing.

Of all the songs you could have Neil singing when Sixx and Lee discover him playing in a cover band, why would you pick Billy Squiers My Kinda Lover, which actually came out six months after Neil joined Motley Crue? Maybe thats nitpicking, but have you met music nerds? Thats what we do.

Theres also not nearly enough screen time for the bands signature songs. The only visceral scene comes early on, when they are jamming out their debut single Live Wire. A good music movie should make you want to crank the records after, and this one just doesnt. Apart from being crass and cheap, thats its real failure.

Without the songs, the Motley Crue of the Dirt are no different or more special than the thousands of bored rich men numbingly doing drugs and having sex with someone who is not their wife in a cheap motel room this very second. Being an unfettered horndog is not a rebellious act. It shouldnt be their legacy.

Motley Crue have called The Dirt their version of the Led Zeppelin bio Hammer Of The Gods. The movie adaptation is more likely a nail in their coffin.