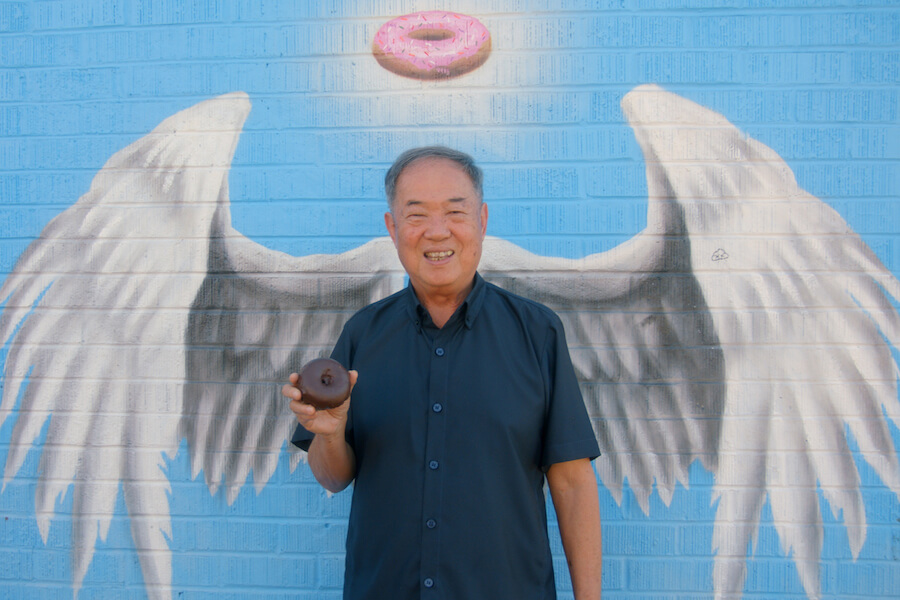 What’s the first thing that comes to mind when you hear the word doughnut? For many Canadians, a certain national chain may come to mind. But what about the term Cambodian refugee? If you’re an Angeleño, possibly.

Filmmaker Alice Gu’s directorial debut feature documentary will help to raise awareness about the little-known backstory of how one of North America’s most guilty pleasures wound up being served by an estimated 80 per cent of Cambodian-American–run businesses in California, particularly in Los Angeles.

Take note, though, that the sweet treat itself is only the frosting here – there are a lot of other things packed in here. There’s the independent David-versus-corporate-Goliath battle waged by these mom ’n’ pop shops against national chains invading the market. There’s a look at the growth of this specific facet of the American fast-food industry. There’s a history lesson about Cambodia and cross-cultural adaptation in the U.S. And there’s the classic narrative of the impoverished underdog achieving the American Dream through hard work.

Not all of these elements sit comfortably together, based upon the film’s structure and some rushed tonal transitions. Yet it’s the strength of the story, and its twists, that sustains the piece, and it’s a laudable effort.

Gu primarily focuses on Ted Ngoy, the man known as the Donut King. After arriving in the U.S. as a refugee in 1975, the driven Ngoy embodies the model minority ideal by working himself up from being a janitor into a high-rolling businessman.

Like countless others, Ngoy and his family sought to escape the Cambodian Civil War between government and the communist Khmer Rouge. The intense suffering and trauma that Ngoy and several other donut business owners endured – mass migration, separated families, genocide, forced labour, starvation – far outweigh other aspects of the story.

The film devotes far more time to the business elements of the industry – with an emphasis on how laborious the work is – than the food side of things. That only comes into play at the very end, with a brief look at how the next generation is taking new approaches to family-run businesses.

Although many untold stories are unveiled, there remain many glazed-over elements that raise questions, hint at deeper tales, and would require an investigative approach that may only be addressed in a series. Only briefly touched upon is the racism that the refugees faced, despite being the first Asian people that many Americans had seen in real life. Completely ignored is what unfortunate role these businesses play in the sugar industry’s connection to the North American obesity epidemic and other health issues.

Where the various themes do harmonize is when Gu chronicles how Ngoy led a donut revolution by undergoing bakery training and saving up to open up his own donut shop, and then teaching other Cambodian refugees to do the same. Also, what does intrigue is how Gu reveals that success can come at a price, with some unexpected developments emerging in Ngoy’s story, including where he is today. It is this last element that also could be more closely examined, but also how individuals and groups can fall victim to pursuing the capitalist ideal.

Most of all, the main narrative offers inspiration, which is particularly pertinent at such a troubled time in our world. And it can help remind viewers that there may be much deeper and fascinating stories that lie beneath seemingly innocuous and pleasant surfaces.

A percentage of proceeds will go to participating independent doughnut shops. One shop in each province across Canada is available for viewers to select when ordering the film at the FilmsWeLike website.