NOW MagazineMovies & TVReviewsReview: The Farewell is a funny, finely observed generational study about family and obligation

Review: The Farewell is a funny, finely observed generational study about family and obligation 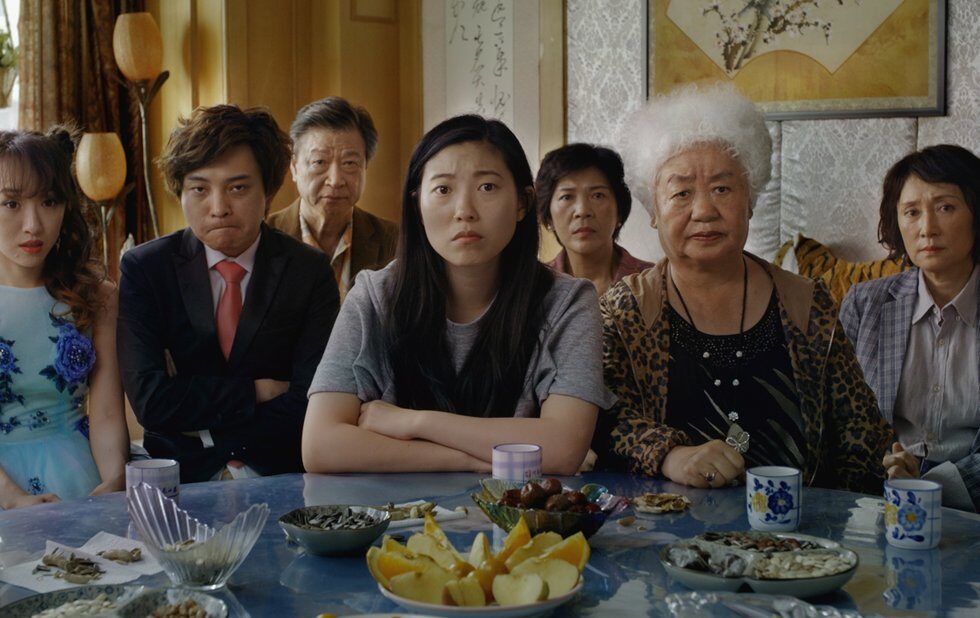 The Farewell is a funny, finely observed generational study about identity, family and obligation, and how all three of those things can be one and the same. It’s about going home and not recognizing the landscape it’s about spending time with people you haven’t seen in a decade who insist they know you better than you know yourself. And ultimately it’s about figuring out which pieces of your history you need to cling to, and which ones can be left behind.

Lulu Wang’s second feature after the wobbly rom-com Posthumous stars Awkwafina in a revelatory performance as Billi, a struggling Brooklyn artist who flies back to Changchun to join her family for a cousin’s wedding.

The wedding is a rush job, thrown together as an excuse for the family to gather around Billi’s grandmother Nai Nai (Shuzhen Zhou), who’s been diagnosed with terminal lung cancer and only has a few months to live. Everyone knows this except Nai Nai – the family has decided it’s better not to tell her about her condition – and they’re worried the extroverted Billi will blurt out the truth at the first opportunity.

That’s how The Farewell starts, but those expecting a comedy about a family doing its best to keep a lid on an awful secret will – thankfully – be disappointed. There’s a nightmare version of this movie that’s all about wacky misunderstandings, with grandkids covertly slipping pills into Nai Nai’s dumplings and so forth. I am so grateful that Wang wasn’t interested in making that.

Instead, she’s crafted a thoughtful, moving meditation on the burden of family expectations, and what carrying a secret like this actually means for the people bearing the weight. Rather than dismissing the choice to tell Nai Nai she’s fine as a cultural tradition (which, it turns out, is exactly what it is), Wang digs into it, using Billi’s Americanized perspective to question why things are the way they are, and why anyone would think this is a good idea.

Billi, whose parents brought her to the States when she was six, can just ask people what’s going on, which lets Wang include a lot of exposition that wouldn’t have been possible otherwise… but her constant inquiries also show us how Billi feels like an outsider amongst her own family.

Awkwafina’s been an invaluable comic presence in movies like Ocean’s Eight and Crazy Rich Asians, but here she uses her gift for lightning-fast reactions to reveal every little moment of awkwardness, frustration and even shame that Billi experiences.

But The Farewell isn’t just about Billi. Wang, who based the story on her own relationship with her grandmother, offers the same level of depth to almost every character in the film.

The unspoken narrative we glimpse in the scenes with Billi’s father Haiyan (the wonderful Tzi Ma) and his brother Haibin (Jiang Yongbo), who moved his own family to Japan instead of America, is worthy of its own feature. And through Zhou’s charming, fussy performance as Nai Nai, we understand why this family is trying so hard to create one last happy memory for their aging matriarch.

The expansive canvas of Wang’s movie – with its constant sense of lives carrying on beyond the frame – suggests the work of the late, great Taiwanese filmmaker Edward Yang, whose last movie Yi Yi found similar resonance in its story of a scattered, busy family drawn back together by the circle of life. I was also reminded of the tenderness and prickliness of Olivier Assayas’s Summer Hours, in which adult children and their own progeny deal with their childhood issues, and the people who created them.

But Wang gets at something else, too: the way all children are powerless in the face of their parents’ decisions, and how that affects us as adults. Billi’s as much a hostage to this drama as anyone else in her family, and Nai Nai’s diagnosis feels like a final severing of ties with China – a place she struggles to understand, but dearly wants to.

It’s a melancholy that I recognize, even though I’ve never experienced it myself. Good movies can give you that, and The Farewell is a very good movie.