NOW MagazineMovies & TVReviewsReview: The Front Runner is a political drama about Gary Hart that stumbles badly

Review: The Front Runner is a political drama about Gary Hart that stumbles badly 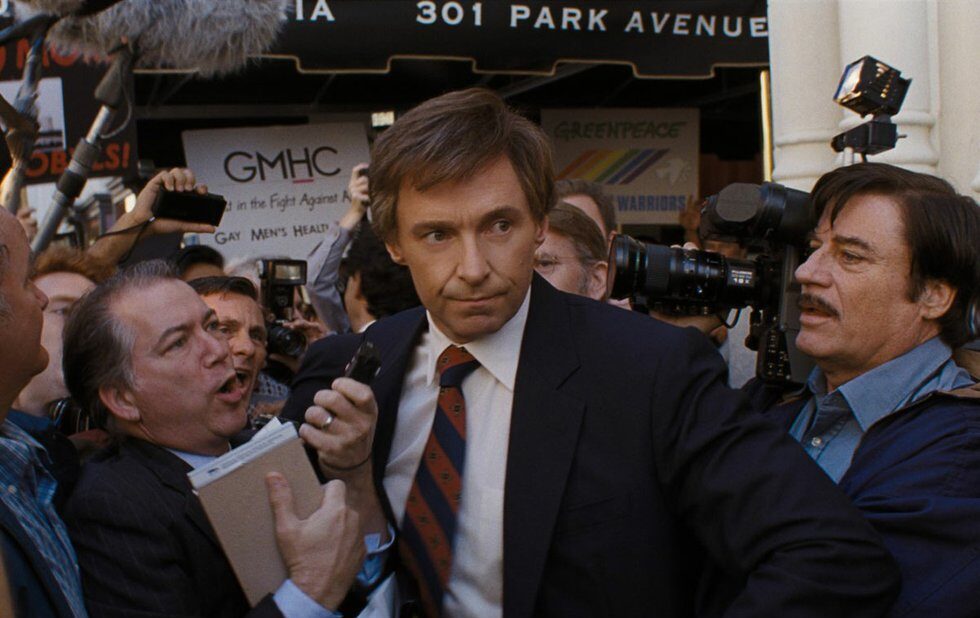 Imagine, if you can, a movie that insists politics was better before politicians could expect to be held accountable for their actions. You know, the good old days when JFK could bed Marilyn Monroe (and anyone else he fancied), or FDR could hide the fact that he used a wheelchair or, you know, whatever else we still don’t know because the press didn’t tell us.

Now imagine a movie making that argument in 2018, about Gary goddamn Hart.

Not that you have to. Jason Reitman’s The Front Runner is that movie, an amazingly sympathetic portrait of the weeks in which the Colorado senator’s campaign for the 1988 Democratic presidential nomination collapsed after he tried to defuse allegations of adulterous behaviour by daring the media to investigate him. The Miami Herald and the Washington Post subsequently reported he was indeed fraternizing with women other than his wife, and that was that for Hart’s White House hopes. (Michael Dukakis got the nomination, and George H.W. Bush won the election in a walk.)

It wasn’t the adultery that spoke so badly to Hart’s character, mind you people would have probably gotten over that pretty quickly so early in the election cycle. It was the taunting and lying about it, and the heedlessness with which he conducted his affairs he met one of his girlfriends on a yacht called the Monkey Business. Speaks to his judgment, and all that.

Hugh Jackman plays Hart as a charismatic, dynamic sort with a massive blind spot when it comes to his own appetites, a choice the film itself replicates. Once the scandal breaks, old-guard journalists are seen to wonder sagely if America was a better place when no one cared what the president was doing in his off-hours. One of the journalists is Ben Bradlee (Alfred Molina), who backed Woodward and Bernstein on the Watergate investigation. This brings up a question The Front Runner isn’t willing to ask: How much should we be willing to overlook in a leader if we like his policies?

One might argue Hart’s transgressions in 1988 pale to the confessed sexual predation and constant lies of Donald Trump on the campaign trail 28 years later, and maybe that’s a valid point certainly Reitman sees Hart as a good man who was undone by the media. But to do that, he has to minimize the damage Hart’s affairs caused to his wife (Vera Farmiga, steely), to his daughter (Kaitlyn Dever, wily), to his staff and supporters and most of all to the women whose lives he derailed.

Reitman comes right up to the edge of awareness when he lingers on Donna Rice, the pharmaceutical rep ruined by Hart’s attentions. Sara Paxton plays her as a smart, capable woman reduced to a national joke before she even knew what hit her.

But then The Front Runner spins right back to Hart’s outrage at being asked to explain himself – and we’re reminded, again, that Reitman thinks Gary Hart is the hero of this story, when he absolutely is not.

Privilege is a hell of a drug, I guess.