Roman’s back, but he needs a style update 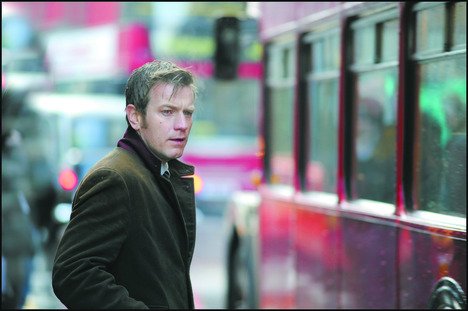 Quite without intending to, the Ghost Writer once again brings us face to face with the truth that gifted artists aren’t always the loveliest people.[rssbreak]

But there’s the rub of Roman Polanski’s talent he’s such a good director, he can make you forget the outside world – and that little legal unpleasantness that’s landed him under house arrest in Switzerland – once he gets you in his clutches.

With its shifty, amoral characters and cynical intimations of global political intrigue, The Ghost Writer reaches back to the great conspiracy thrillers of the late 1960s and early 70s. Polanski’s movies Rosemary’s Baby and Chinatown were essential in shaping that genre, and you can glimpse the earlier work in the stately compositions and subtle power struggles throughout his new film.

Based on the novel by Robert Harris, it stars Ewan McGregor as a nondescript writer who lands the plum job of ghosting the autobiography of former British prime minister Adam Lang (Pierce Brosnan) after his original collaborator washes up dead.

Our hero isn’t bothered by this unfortunate incident. People die every day, right? And the money’s great. So he hops a flight across the pond to join Lang on his American press tour, where he starts to notice some of his subject’s stories don’t quite add up.

Polanski plays out the deepening mystery with confidence, shrouding the action in moody, misty greys and making room for little observations that remind us how human these power players are.

It’s only when a bit player’s accent falters that we’re reminded that the production was forced to recreate its Cape Cod setting in Germany. The director hasn’t been in the U.S. since 1977, of course.

He hasn’t updated his style much since then either. The Ghost Writer lumbers a little in its midsection, laying out its plot points too deliberately. Polanski also seems blind to Kim Cattrall’s atrocious acting as Lang’s protective assistant. On the upside, Olivia Williams is strong enough for both of them as Lang’s neglected wife.

Also not helping are the fiddly changes made to Polanski’s film by its American distributor, Summit Entertainment. In addition to shifting the title from The Ghost to The Ghost Writer, Summit’s also forced the looping of several instances of the beloved British expletive “fuck” with such PG-13-friendly epithets as “bugger,” “shit” and “sod.”

It might help the American box office (though I can’t really see this film appealing to the Twilight crowd), but the overdubbing proves a constant distraction.