NOW MagazineMovies & TVReviewsReview: The Grizzlies is an underdog sports movie with authenticity and heart

Review: The Grizzlies is an underdog sports movie with authenticity and heart 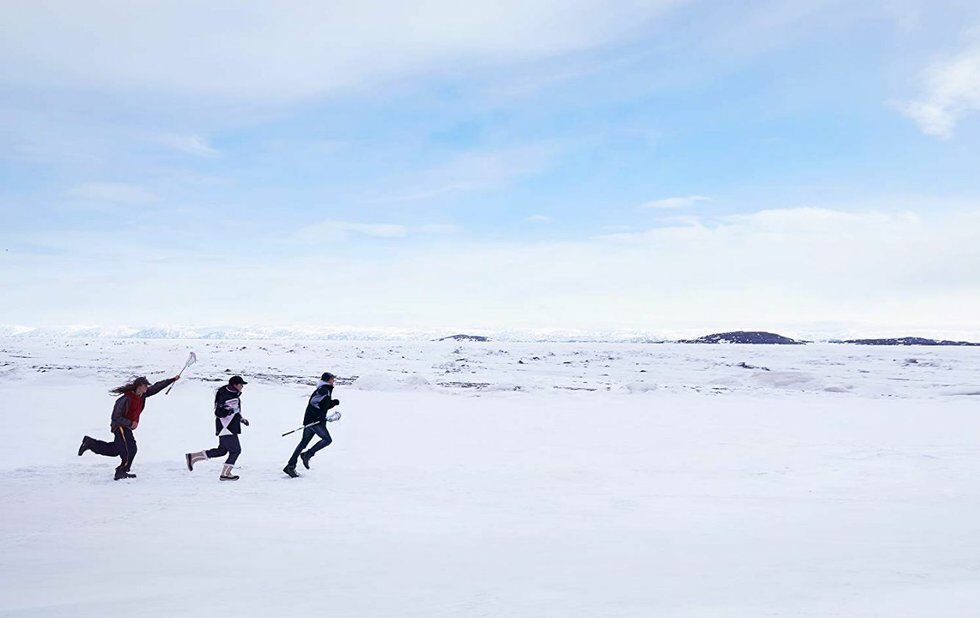 The Grizzlies looks and moves like a standard underdog sports story: it’s based on actual events, and it’s a drama about a high-school teacher who went out on a limb to inspire his neglected students, just like Dangerous Minds and Remember The Titans and a dozen other films. But it’s different. It has real stakes, and de Pencier and screenwriters Moira Walley-Beckett (Anne With An E) and Graham Yost (Speed) never let us forget them.

The Grizzlies earns its impact through a carefully established sense of place, thoughtfully fleshed-out characters and a refusal to back away from the cold truths at its core. Yes, it’s about a teacher whose lacrosse team gave struggling kids a sense of pride and identity, but that teacher was an overwhelmed, under-equipped kid himself – and desperate to break his charges out of a cycle of despair and give them a reason to live.

Set in 2004 in tiny Kugluktuk, Nunavut – an isolated town with the highest suicide rate in Canada – the movie casts Pride’s Ben Schnetzer as Russ Sheppard, a young white guy who arrives in the Arctic to spend a year teaching high-school English before trading up to a cushy private school in Halifax.

But it won’t be a free ride, as Russ is immediately confronted with a student body that’s disengaged at best and hostile at worst… and so hopeless that any setback can lead to horrific consequences. The Grizzlies doesn’t shy away from the darkness that lurks at the edges of this inspirational story. This is a movie about suicide prevention as much as it is about sports, and about generations of trauma reverberating through a community that’s long since stopped expecting anything to change. (The phrase “residential school” is spoken only once, but it resonates throughout the story.)

The script further undercuts the white-saviour narrative by showing us how utterly at sea Sheppard is, both with the kids and with the local authorities, who are naturally disinclined to listen to the bright ideas from the naïve outsider. But he doesn’t know best he just gets lucky, and his students are the ones doing the real work of figuring each other out and getting good enough to go to the playoffs in Toronto. And once they get there and realize they’re wildly outclassed by high-school squads, the film finds a new gear: what will it do to the Grizzlies’ hard-won sense of self if they lose?

Making her feature directorial debut after years as a writer and producer, de Pencier leans into the momentum of her underdog narrative, letting the plot move along in recognizable beats while focusing on the environmental detail, giving her young cast room to create characters that live and breathe on screen. (Sheppard’s students are played by a mixture of seasoned actors and non-professionals, with Emerald MacDonald, Ricky Marty-Pahtaykan and Twilight’s Booboo Stewart particular standouts.)

I’ll be honest. I thought I had this movie pegged from the poster, and in a way I did: The Grizzlies is a straight-up sports movie about a teacher, some kids and a dream. But it’s a movie that tells its story with authenticity and heart, and that makes all the difference. It scores.