The Heat: A Kitchen (R)Evolution serves up stories about seven female chefs 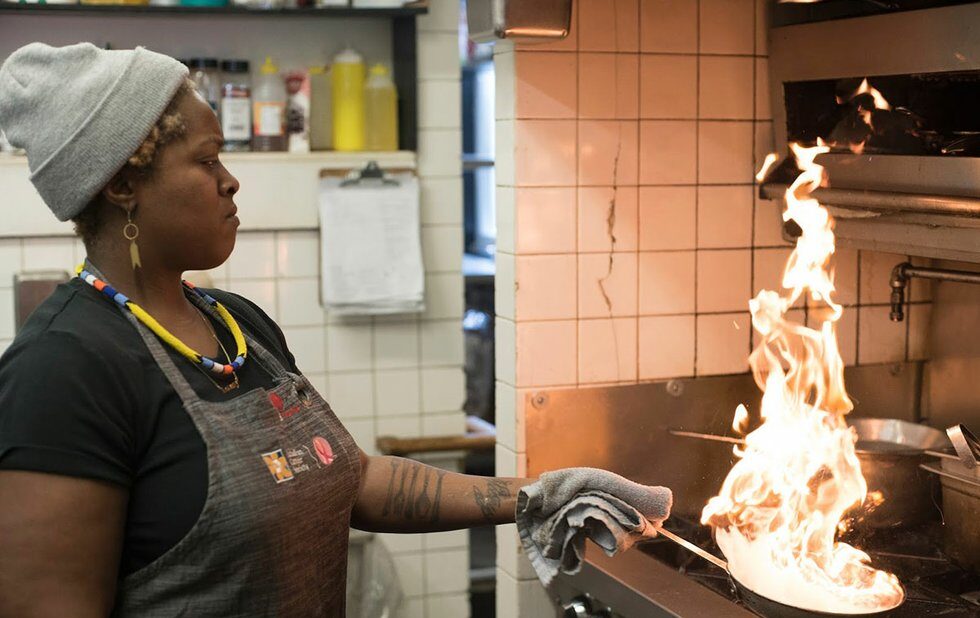 “We’re like the chervil on a salad – some kind of garnish, because it looks good,” laments New York City-based chef Victoria Blamey at the top of Maya Gallus’s compact documentary, which spotlights the obstacles faced by seven women trying to build careers as chefs and create change from within a macho industry.

Among them are locals Suzanne Barr, who Gallus catches in transition between restaurants ex-cook Ivy Knight, who shares a jaw-dropping tale of abuse in the kitchen and Charlotte Langley, who points out that female chefs, too, face the temptation to trash-talk, bully and objectify as they gain power.

Gallus doesn’t go too deep on any one of the film’s subjects, which limits the film in terms of dramatic push and pull, but viewers will still walk away with a deeper understanding of a complex systemic issue.