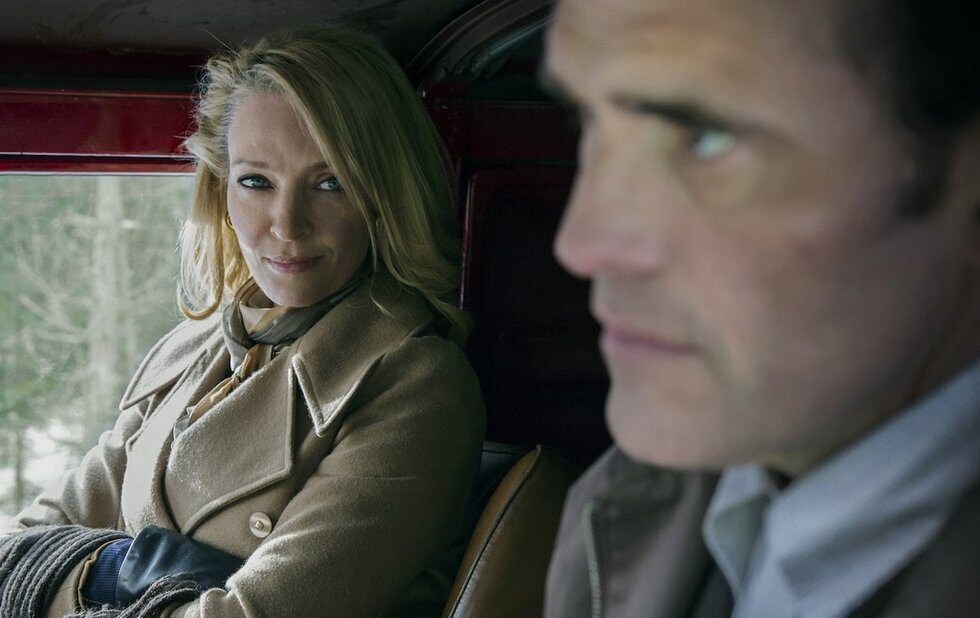 At this point, it just feels like Lars von Trier is trolling us. His latest movie, The House That Jack Built, is as violent and sadistic as anyone familiar with the controversial Danish writer/director’s work would expect, but it seems particularly distasteful in the context of the #MeToo movement, which von Trier clearly despises.

The movie is an ultra-violent incel fantasy about Jack (Matt Dillon), a man who stalks, kidnaps and murders dozens of women in the Pacific Northwest over a 12-year period. He doesn’t get caught – despite sending photographs of his slain victims to the local newspaper while referring to himself as “Mr. Sophistication” – until he starts killing men.

A failed architect (hence the house in the title), Jack suffers from an obsessive compulsive disorder with cleaning, an inability to form meaningful relationships and a lack of empathy. While the “detached savant” is a character we’ve seen in many of von Trier’s films, like Seligman (Stellan Skarsgård) in Nymphomaniac, Jack displays a strong disdain for women. Sure, he’s a psychopath but he specifically preys on women and finds them irritating, repulsive and loathsome. In other words an incel – short for “involuntarily celibate” man.

The film opens with a woman (Uma Thurman) stranded on a quiet winter road thanks to a flat tire and broken car jack. Jack agrees to give her a lift to the nearest repair shop. The never-named woman – who we may as well call Stacy (the name incels use for their sworn enemy: women that are conventionally attractive but aren’t interested in them) – can’t help but vocalize how she hopes Jack isn’t a murderer. It’s clear she’s pushing his buttons, and when she ultimately calls him a wimp, he hits the brakes and whacks her in the face with the jack.

The only female character given a name in the movie is Jacqueline (Riley Keough), a potential love interest Jack insists on calling “Simple.” Over a painful date of downing whisky and maraschino cherries, he berates her while mansplaining false binaries like tiger vs. lamb and architect vs. engineer. When Jacqueline pushes back and manages to escape, her interaction with a dismissive cop shows the extent to which women’s fears and allegations aren’t taken seriously.

In scenes like these, von Trier is clearly mocking the #MeToo movement and calls to believe women. Many of his previous films, like Melancholia and Antichrist, were called misogynistic for focusing on women who lack autonomy. It’s increasingly hard to ignore such criticisms.

After Björk starred in 2000’s Dancer In The Dark, she vowed never to work with the director again, saying he bullied her to the point of breakdown. In 2017, spurred by the call-outs against Harvey Weinstein, Björk wrote a Facebook post accusing an unnamed director of sexual harassment. Von Trier denied the allegations.

The House That Jack Built is not only a complete rejection of all that #MeToo stands for, its gratuitous and gendered violence amounts to an uncontested incel wet dream. I couldn’t help but think of Canada’s missing and murdered Indigenous women as Jack preyed on women in need of help. Jack’s contempt for Jacqueline’s confidence and sexuality, and his desire to see her dead, felt too similar to the motive behind Toronto’s van attack – carried out by a man who identified himself as an incel – less than eight months ago.

Thurman’s face getting smashed in by the jack ends up being one of von Trier’s tamer images. There’s eyeball gouging and dismemberment of children, a woman’s breast is fashioned into a wallet and a duckling’s leg is snipped off with gardening sheers.

Dillon is almost unrecognizable from his teen idol days, his gaunt face holding up oversized glasses. Of course, he occupies the most screen time and lines, and one of a few characters bestowed with an actual name – humanizing him over Thurman’s “Lady 1.” Unlike typical slasher flicks that place murderous men in the shadows, Jack is filmed heroically with the camera often tilted up at his face. Scenes of murder are cut with shots of Jack leaning casually against the front of his van, like a cool boyfriend in a rom-com. Contrast that with how Lady 3 (Sofie Gråbøl) is shot in a picnic-turned-hunting scene, where the audience mostly sees her as a target through the viewfinder of Jack’s rifle.

The House That Jack Built predictably does not offer a satisfying resolution, which is especially bleak considering von Trier said the film was partially inspired by the rise of Donald Trump. The U.S. president was one of the motives behind more women coming forward with their experiences of sexual assault, harassment and violence.

To that extent, I can only assume that von Trier is saying there’s no hope for women trying to escape male-inflicted violence in this world. This film chooses to eulogize the abuser, which is a troubling side to take – even in art.