NOW MagazineMovies & TVReviewsReview: The Hustle is no Dirty Rotten Scoundrels, but the stars make their own fun

Review: The Hustle is no Dirty Rotten Scoundrels, but the stars make their own fun

Anne Hathaway and Rebel Wilson won't make you forget Michael Caine and Steve Martin, but they have a charming anti-chemistry that makes Chris Addison's remake bounce along 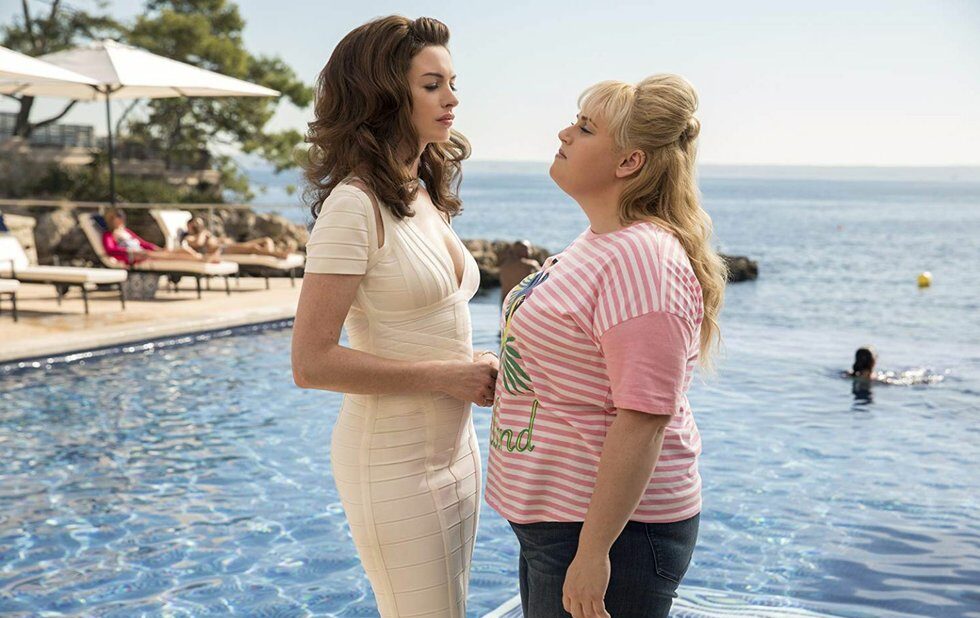 A gender-flipped remake of Dirty Rotten Scoundrels, The Hustle lets Anne Hathaway and Rebel Wilson step into the roles defined by Michael Caine and Steve Martin in Frank Oz’s beloved 1988 farce about two con artists tormenting one another as they race to fleece a hapless mark.

I say “defined” rather than “created,” because Dirty Rotten Scoundrels was itself a remake, almost line for line, of Ralph Levy’s 1964 comedy Bedtime Story, which starred David Niven as a classy con artist operating in a posh French seaside town and Marlon Brando as the crass upstart whose arrival threatens his elegant operation.

You’ve probably never heard of Bedtime Story. Trust me, it’s for the best not a single thing about it worked, and it’s a miracle that Caine, Martin and Oz were able to spin its screenplay – with some mild tweaks from Ruthless People screenwriter Dale Launer – into a relentless comic engine.

Bedtime Story is about petty people messing with one another Dirty Rotten Scoundrels is a symphony of deliberate cruelty, its stars embracing the story’s inherent sadism and running full-tilt with it, with Glenne Headly bearing wide-eyed witness to it all as their would-be victim.

The best thing about The Hustle is that Hathaway and Wilson don’t try to replicate Caine and Martin’s dynamic, just as those actors knew better than to repeat what Niven and Brando were doing in the original.

The leads, who are much closer in age than either of the previous pairs, go for sibling rivalry rather than generational conflict. Hathaway’s stylish Josephine endures Wilson’s crude Penny with exasperated sighs and winces, while Wilson counters with muttered insults and side-eye. It works, and their antipathy more than makes up for the wan presence of Alex Sharp as a tech genius they designate as their victim du jour.

Making his feature directorial debut, Chris Addison (an actor you might recognize from The Thick Of It, In The Loop and Patriot) understands that the best thing he can do is put Hathaway and Wilson in the same frame and let them play.

As for the plot, well, it’s getting a little creaky. Despite the new tweak of making Sharp’s character an app designer, this script is more than half a century old, and its big set pieces were perfected the last time around. There is nothing in The Hustle that comes close to the sustained glory of Ruprecht The Monkey Boy, though Wilson tries her own thing in that sequence, and the disability con that takes up the entire second half of the story, slightly tweaked from its earlier iteration, falls short of the execution in the 1988 version. And the final sting – an addition of Launer’s in 1988 – doesn’t really land that well either.

It’s no one’s fault, really. What The Hustle does is fine it’s just that we’ve seen it done better. It’s the same problem that plagues most remakes of already-beloved movies – and, weirdly enough, makes Dirty Rotten Scoundrels seem like even more of a treasure, since it rehabilitated a movie no one even remembered.

Maybe next time Hathaway and Wilson can remake a movie that doesn’t have such a high bar to clear.