The Imaginarium Of Doctor Parnassus

THE IMAGINARIUM OF DOCTOR PARNASSUS directed by. 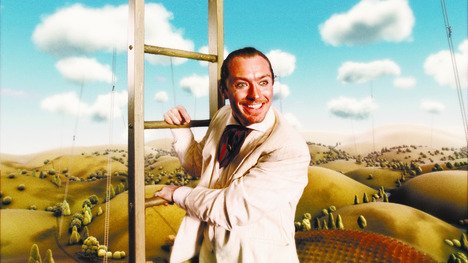 The problem with Terry Gilliam’s latest grotty fantasia isn’t that star Heath Ledger died halfway through the shoot. The problem is that the movie insists on following his character, a mere bit player in the larger story, when it should be focusing on Christopher Plummer’s Parnassus.[rssbreak]

As an ancient, miserable sideshow mystic who made a deal with the Devil (Tom Waits) for immortality and has lived to regret it, Plummer carries centuries of sorrow in every wrinkle on his face. It’s a fantastic performance by an actor notorious for coasting on charm – but Gilliam rolls right over him to watch Ledger caper and shout as an amnesiac carnival barker.

Johnny Depp, Jude Law and Colin Farrell step in for the departed Ledger during climactic effects sequences that fill in some of the character’s blanks, but by that point Gilliam’s more interested in playing with his handcrafted landscapes than he is in finishing the story.