NOW MagazineMovies & TVReviewsReview: The Kid Who Would Be King should please its target demographic

Review: The Kid Who Would Be King should please its target demographic 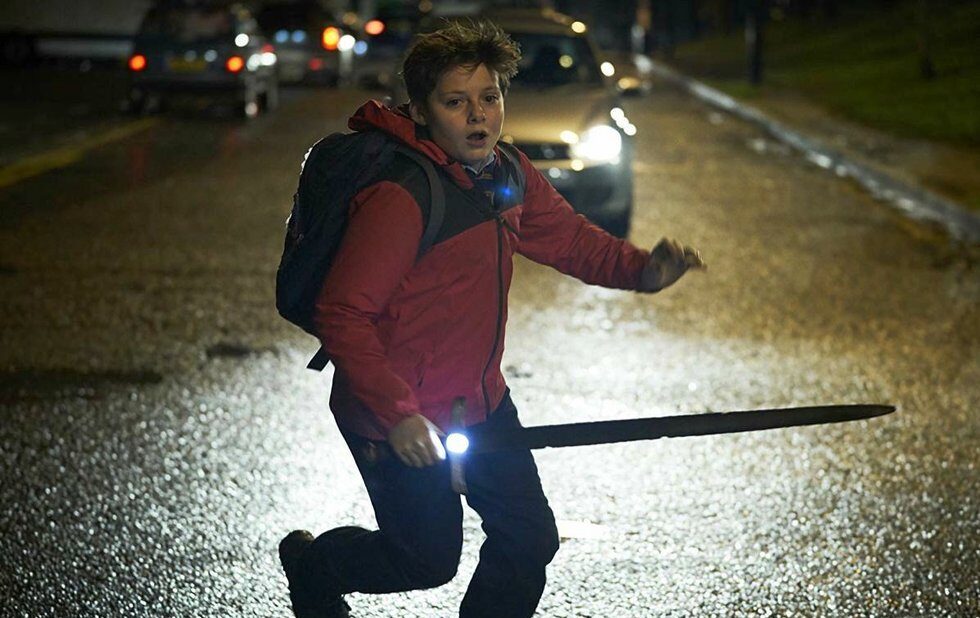 I would not have expected the guy who made the marvellous sci-fi horror comedy Attack The Block to follow it, eight years later, with an all-ages fantasy adventure about a London middle-schooler who pulls a sword from a stone and winds up charged with saving Britain from a resurgent Morgana LeFay. But here we are, and here Joe Cornish is, with The Kid Who Would Be King.

Cornish’s second feature is geared for an audience of younger viewers who are maybe still in the process of discovering the Harry Potter novels and movies, or any other series about a young hero who reluctantly takes up arms to save a secret world from a gathering threat. As the eponymous Alex (Louis Ashbourne Serkis, son of Andy) points out, it’s a tale as old as time – or Star Wars, anyway.

The Kid Who Would Be King is set in the here and now, as Britain – along with the rest of the world – shudders under the gloom of our Brexit-Trump timeline. Imprisoned deep beneath the earth, Morgana (Rebecca Ferguson, of the last two Mission: Impossible movies, having a grand time) has been feeding on our collective depression and is ready to rise up and enslave England’s green and pleasant land. And that’s when Alex finds Excalibur in a construction site.

Accompanied by best pal Bedders (Dean Chaumoo), our young hero must make allies of bullies Lance (Tom Taylor) and Kaye (Rhianna Dorris) and, with the help of a resurrected Merlin, played by both Angus Imrie and Patrick Stewart (don’t ask – it’s a magic thing), embark on a quest to find a portal to the underworld. Stonehenge is involved, and also a selfie stick. Just go with it.

After the smaller, leaner Attack The Block, Cornish has a lot of fun with the larger scope of this tale, taking the story all over England and staging elaborate, complicated action scenes with dozens of moving parts. It mostly works, though he struggles a little to rein in his more grown-up instincts you can feel him pulling back from making the chase scenes too intense, or Morgana’s undead knights too scary. (The younger members of my preview audience were a little freaked out by them.)

I’m not sure the attempts to remedy England’s current schisms with Arthurian glory work as well as Cornish thinks they do – the nativist rifts exposed by Brexit pose a far more existential problem than Morgana Le Fay ever could, and you would assume the existing royal family would have some opinions about all this “once and future king” stuff.

But those are problems for grown-ups, really. The movie’s target demographic won’t be bothered. They’ll be delighted by the heroics, the adventuring and the nifty, quirky physicality with which Imrie and Stewart perform Merlin’s magic tricks. And maybe that’s as it should be.