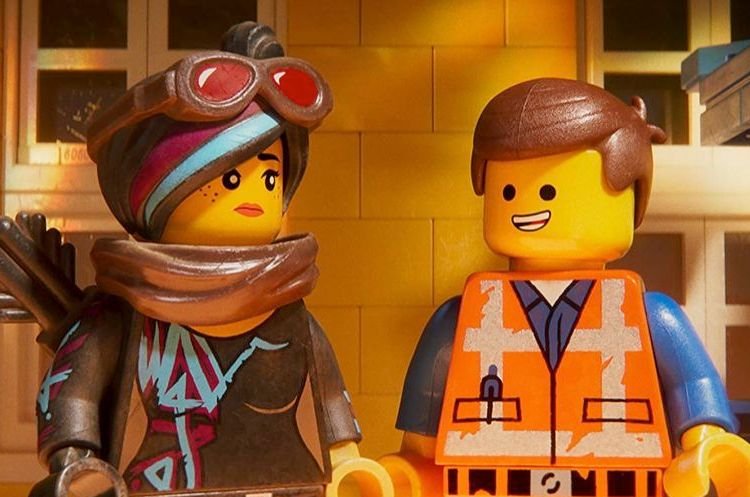 Everything is no longer awesome. Bricksburg is in ruins, with the new town of Apocalypseburg rising in the desert. Also there are aliens now. Singing aliens, specifically, whose totally-not-evil queen is in love with Batman.

Dont worry, it all makes sense. This is The LEGO Movie 2: The Second Part.

The LEGO Movie 2 may not be as revolutionary as Phil Lord and Christopher Millers inventive, irresistible product-placement masterwork, but its a worthy follow-up all the same. Returning as screenwriter/producers this time, with Sky Highs Mike Mitchell in the directors chair, Lord and Miller pick up right where they left off five years ago, with an invasion of Duplo creatures triggering the destruction of Bricksburg.

Five years later, Emmet (voiced once again by Chris Pratt), Wyldstyle (Elizabeth Banks), Batman (Will Arnett), Unikitty (Alison Brie), MetalBeard (Nick Offerman) and Benny the spaceship enthusiast (Charlie Day) are making the best of things in a post-apocalyptic wasteland… until the arrival of a mysterious alien (Stephanie Beatriz) who spirits most of them to her planet, forcing hapless Emmet to give chase and enlist the help of space-faring adventurer Rex Dangervest (Pratt again, sounding an awful lot like Kurt Russell).

Like the first film, The Second Part is a delirious flurry of off-centre jokes played out against a stunning visual palette and what the sequel loses in novelty, it makes up for with style. Having refined their skills on The LEGO Batman Movie and The LEGO Ninjago Movie, the CG designers outdo themselves here, replicating the textures of LEGO bricks while assembling them into amazingly complex configurations the design teams versatility even extends to a new character, Tiffany Haddishs shape-shifting Queen Watevra WaNabi.

And like the first film, the storys narrative and emotional stakes are all rooted in conflicts any kid will recognize though it might take them a little longer than the grown-ups to process it. Lord and Miller push the series multi-level reality gimmick a little too hard this time around, though they do make it pay off when it counts.

Oh, and I almost forgot: this ones a musical. Which, I have to admit, is pretty awesome.