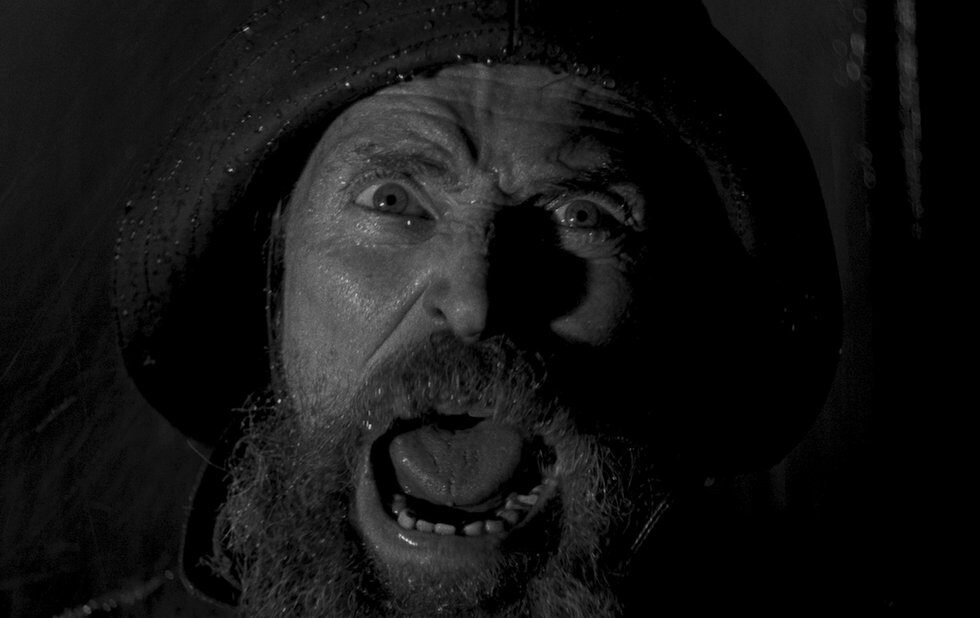 Robert Eggers’s new film, The Lighthouse, opens after months of film-festival swoonery, a magnificently impenetrable trailer and a typically eccentric marketing campaign from A24, its American distributor. (A friend who caught and loved the film at TIFF spent an entire night texting me its bespoke emojis. There were dozens.)

Now that it’s here, I assume you have some questions. Is it horror? Is it comedy? Is it a meditation on the madness of driven men, shot through with lashings of Lovecraftian dread? It’s all of those, and something else besides.

At first, The Lighthouse seems to follow a similar trajectory to Eggers’s last film, The Witch, with isolated characters trapped with each other in a hostile landscape, slowly cracking under the weight of inexplicable events. But this one is even more severe, and even more unrelenting than that 2015 breakthrough. It’s also a lot funnier.

Shooting in black-and-white 35mm – and in the 1.19:1 aspect ratio used in the silent era, with an aesthetic to match – Eggers casts Robert Pattinson and Willem Dafoe as lighthouse keepers in 19th century New England, tasked with a four-week stretch on a distant outpost. Pattinson’s Ephraim Winslow has the day shift Dafoe’s Thomas Wake works nights.

Wake is the boss, a superstitious, domineering sage in love with the sound of his own voice. Ephraim just wants to keep his head down, ignore the old man and do the job. But things get weird. The weather is hostile. Everything is filthy. This one seagull really gets under Winslow’s skin. And Wake is fiercely protective of the beacon at the top of the lighthouse tower, to the point of threatening his fellow wickie with grievous bodily harm should he dare to approach it.

The Witch was about a young woman destroyed by her family’s superstition and ignorance. The Lighthouse is about someone who desperately needs to know what’s being kept from him. They’re both horror movies, but not in any conventional sense. The witch of The Witch may even exist, and the lighthouse in The Lighthouse is just an edifice of brick and stone holding something at the top that is probably just a very large light attended to by a madman. But what if something else is at work? What if there’s more? Both of Eggers’s films turn on this question, and the lack of an answer drives their protagonists mad.

But here is the thing that makes The Lighthouse different from The Witch, and indeed from most of the movies playing in theatres this year: it delights in the descent. Eggers knows his audience is expecting a dour, miserable story – that’s what he gave us last time – and while the new film has its share of unnerving images and disquieting psychology, it’s also a giddy, loving tribute to the outsized performances and storytelling of the silent era: Dreyer and Murnau would be proud of the angles cinematographer Jarin Blaschke employs.

Eggers plays Dafoe and Pattinson’s odd-couple tension for laughs, the young pup cringing at every bark of the old sea dog, and while the two men eventually bond over marathon drinking sessions and enthusiastic sea shanties, there’s always the chance Winslow will do or say something that sends Wake into an unholy rage. But that can be funny, too, especially in a virtuoso tirade that lets Dafoe go absolutely mythological on Pattinson, calling down the vengeance of Poseidon on the lad over some tiny slight. Plenty of filmmakers have utilized Dafoe’s capacity for wicked glee, but Eggers lets him push it up to Nicolas Cage levels here. It’s exactly what the movie demands.

It all works, really. Go to a late show after a long day. It’ll be a tonic.

Interview: The Witch director Robert Eggers takes a risky path to The Lighthouse