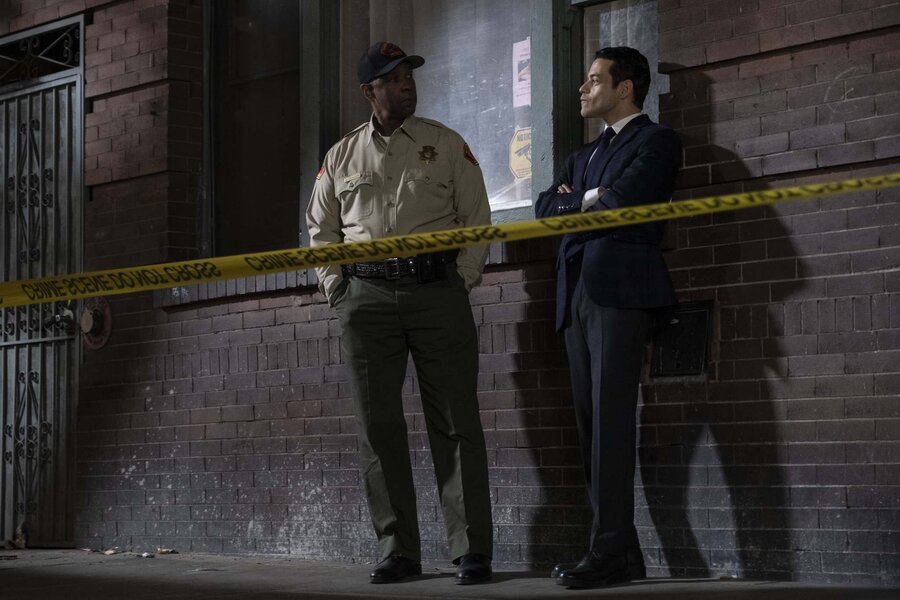 Denzel Washington and Rami Malek, trying to bring The Little Things to life.

It’s a very strange experience to watch an awful movie try to gaslight you into believing it’s a modern masterwork. Yes, it stars three Oscar winners. Yes, it’s clearly been crafted by professionals. Yes, it’s made by the guy who wrote Clint Eastwood’s A Perfect World and counts The Blind Side, Saving Mr. Banks and The Founder among his directorial credits. No, it’s not any good.

Set in 1990 – just before improvements in both cellphone and forensic technology would have resolved its dumb, brooding story in minutes instead of hours – The Little Things spins out its threadbare procedural narrative as though it was exquisite serial-killer noir. Denzel Washington plays Joe “Deke” Deacon, a Bakersfield sheriff’s deputy who used to be an ace detective in Los Angeles.

An evidence run to L.A. coincides with the discovery of a dead woman who appears to be the latest victim of a murderer Deke was hunting five years earlier, leading Deke to join forces with the hotshot (Rami Malek) currently on the case.

Washington is rock-solid as Deke, playing him as a broken man grasping at straws in search of redemption, rather than the intuitive geniuses he played in movies like The Bone Collector and Fallen back in the day. But nothing else in the movie is up to his standard; not writer/director Hancock’s dull script, which depends on mind games that just aren’t that interesting, nor his pedestrian approach to telling his story.

By the time it introduces Jared Leto as Deke’s prime suspect – in a bug-eyed, tic-laden performance that makes Suicide Squad’s Joker look respectfully minimalist by comparison – The Little Things has already lost all hope of being interesting. Someone on Twitter suggested that Malek and Leto should have switched roles, and I can see the appeal there; Malek would have certainly found a way to play the character as something resembling a human being, although we’d still be stuck with Leto showboating as a driven detective.

But even a radical casting shakeup wouldn’t make this movie work. Hancock sleepwalks through the beats of a genre he’s happy to replicate but doesn’t fully understand, injecting clumsy surrealistic flourishes that don’t mesh at all with the movie’s grimy, realistic aesthetic – and then abandoning them entirely, because they didn’t work in the first place. And that’s before a climactic flurry of twists meant to make us question everything we’ve seen… but only leave us wondering why these actors thought this movie was a good use of their time.

Seriously, there are a dozen movies that do a better job telling this sort of story than The Little Things. A few even have Denzel Washington in them. Go watch those instead.