TV review: The Looming Tower, about how the FBI and CIA could have prevented 9/11, is an engaging, dramatic series

Hulu series (available on Amazon Video here) based on Lawrence Wright’s book, is much better than previous attempts at documenting the lead-up to the tragedy 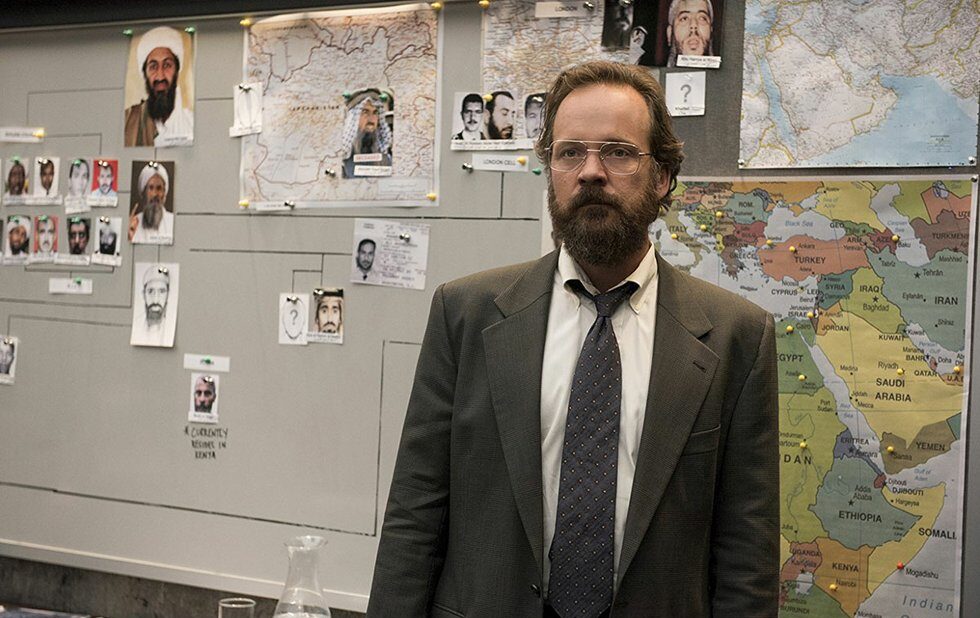 Produced for Hulu in the U.S. but available exclusively on Amazon Video up here in Canada, the new docu-thriller series The Looming Tower explores the failure of cooperation between American intelligence agencies that could have stopped the September 11, 2001, attacks before they happened.

Adapting Lawrence Wright’s Pulitzer Prize-winning book into a 10-part series, screenwriter Dan Futterman (Capote, Foxcatcher) picks up Wright’s contention that a rivalry between FBI and CIA counter-terrorism chiefs prevented the sharing of key assets and information in the years leading up to 9/11.

O’Neill is played by Jeff Daniels in that clear-eyed, short-tempered way of his, and Futterman puts him at the centre of the narrative, spinning the story outward from his investigation and twinning his story with that of his protege, Lebanese-American recruit Ali Soufan (Tahar Rahim, unrecognizable from his roles in A Prophet and The Past).

They’re also the only characters we see outside of their work, and their personal lives are fairly distinctive: Soufan’s job is complicating his romance with a young teacher (Ella Rae Peck), while O’Neill uses his high-clearance, all-hours work as an excuse to maintain multiple relationships with women up and down the eastern seaboard while occasionally returning home to his wife and children in Atlantic City.

Those of us who’ve read Wright’s book will be a little disappointed to see Futterman and executive producer Alex Gibney (who directed the first episode) side so decisively with O’Neill. There’s no question that the FBI agent was more aggressive in his pursuit of Bin Laden, but the show makes his determination even more heroic by making his CIA rival a pissy, spiteful martinet on whose shoulders the entire disaster can be placed. Peter Sarsgaard is too subtle an actor to play Martin Schmidt, the composite CIA bigwig as a pure villain, but The Looming Tower absolutely wants him to be one.

Even with the questionable depiction of the CIA team, this version of events is still more engaging and dramatic than television’s previous run at the material, the “objective” (and objectively awful) ABC miniseries The Path To 9/11.

Harvey Keitel played O’Neill in that project, which came under fire for fudging facts to imply that Bill Clinton’s administration was more to blame for the attacks than George W. Bush’s this version keeps Clinton and most of his top people at a remove, with only National Security Council counter-terrorism coordinator Richard Clarke making an appearance. Michael Stuhlbarg, MVP of everything, plays him as a referee who’s very tired of asking grown men to be civil with one another.

The Looming Tower is similarly less interested in shouting and more focused on the mechanics of investigation and detection. A composite FBI agent played by Bill Camp embodies most of the shoe-leather stuff, carrying around computers retrieved from safe houses and helping dig people out of rubble.

Only two episodes were provided for review. The premiere establishes the wide-ranging cast of characters, setting the stage for the embassy attacks the second, directed by John Dahl, deals with the aftermath, as the American agencies scramble to aid in the recovery efforts and investigate the crimes.

They’re a fine start to the series, and I’d be happy to watch the rest of it, though I have to admit that knowing the show’s final episode will unfold on – and therefore re-create – 9/11 does make me cringe a little bit.

Not because it’s an event that can’t be dramatized, but because all previous attempts have been problematic at best and atrocious at worst.

But Futterman and Gibney have earned my trust, if not my optimism.