The Lovers is an insult to boomers

Even when its characters are having extramarital affairs, they’re a snore 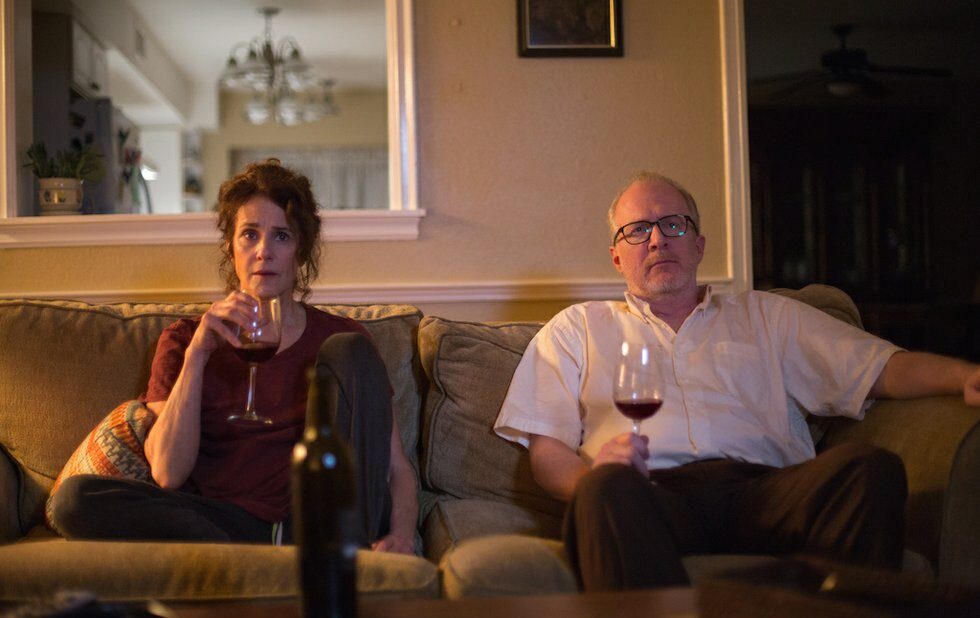 Good work, people. You’ve figured out that baby boomers are a lucrative niche market and you think telling our stories on film might be profitable. So now can you make us a little less snooze-worthy?

The Lovers is a colossal bore. A long-term married – and very estranged – couple, Michael (Tracy Letts) and Mary (Debra Winger) are both getting serious action on the side that they aren’t telling each other about. His other woman, Lucy (Melora Walters), and her other guy, Robert (Aiden Gillen), are losing patience and want their lovers to fess up to their spouses and leave them. But Mary and Michael are dithering.

Then the pair get hot for each other again, and things become even more complicated.

With a better script and smarter pacing, the first half could have been compressed into 12 tight minutes. Fully 15 minutes of this section features Michael and Mary texting their lovers. And there’s a honkin’ hole in the script: what exactly is the cause of this couple’s renewed lust? No clue here. Anyway, these very dull people are impossible to care about.

You’d think we’d get at least something out of the great Winger – who, yes, shows zero vanity and many wrinkles. But director Azazel Jacobs has no idea what to do with her, so she spends all her time running the gamut from weepy to looking bummed. Gillen, playing an American here, fails to disguise his Irish accent in just about every scene, and Letts just sits there looking bewildered. Walters, as Michael’s ballet teacher girlfriend, is the only one with a pulse here, but she’s wasted.

The infusion of young blood very late in the film, in the persons of Tyler Ross and Jessica Sula as Michael and Mary’s son and girlfriend, fails to give The Lovers a goose.

Anyone in the over-60 crowd should be outraged.