The Lure is gloriously weird horror

It’s about man-eating mermaids – and it’s a musical 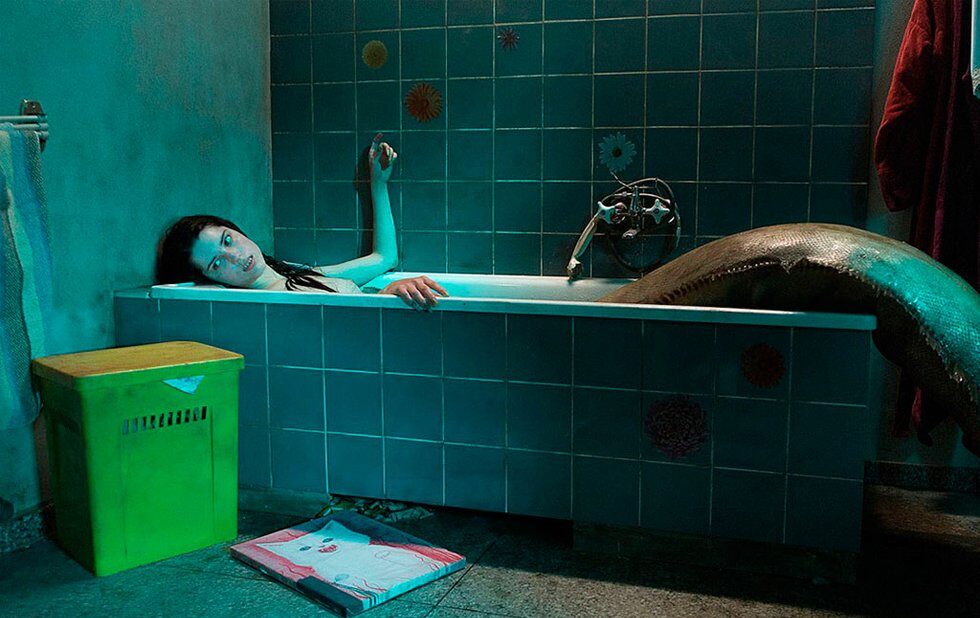 Michalina Olszanska plays a musical mermaid who likes to snack on guys in deliriously weird The Lure.

If you missed it at last year’s Toronto After Dark Festival, The Lure returns to the big screen this week to show you just how weird and delirious a horror-fantasy musical can be.

Coming out of Poland to delight the festival circuit, The Lure is a richly imagined, thoroughly subversive and unapologetically nonsensical musical about two man-eating mermaids, Golden (Michalina Olszanska) and Silver (Marta Mazurek), who emerge from the waters to dry off, sprout legs and live among humans in Warsaw.

Their disinterest in clothing quickly lands them jobs in a burlesque club, where their bewitching singing voices make them pop sensations. This makes a lot more sense in the movie. First-time feature director Agnieszka Smoczynska embraces the ridiculousness of her concept and even uses it as a stylistic cudgel, busting through any questions of logic that might arise with a handy power ballad.

Slowly, an impressive set of themes emerges, mostly centred around the lustful yet innocent bodies of Golden and Silver, whose lack of human genitalia frustrates and confuses the people trying to capitalize on their sexuality. (Screenwriter Robert Bolesto has spent a long time thinking this stuff through.)

When the less worldly Silver falls for a bassist (Jakub Gierszal), the movie shifts from a coming-of-age parable to an exploration of the romantic lies nested inside all fairy tales (including Disney’s own mermaid movies) – still set to infernally catchy music.

It’s nuts, and deliriously so. See it with a crowd.