NOW MagazineMovies & TVReviewsReview: The Man Who Killed Don Quixote wasnt worth the wait

Review: The Man Who Killed Don Quixote wasnt worth the wait 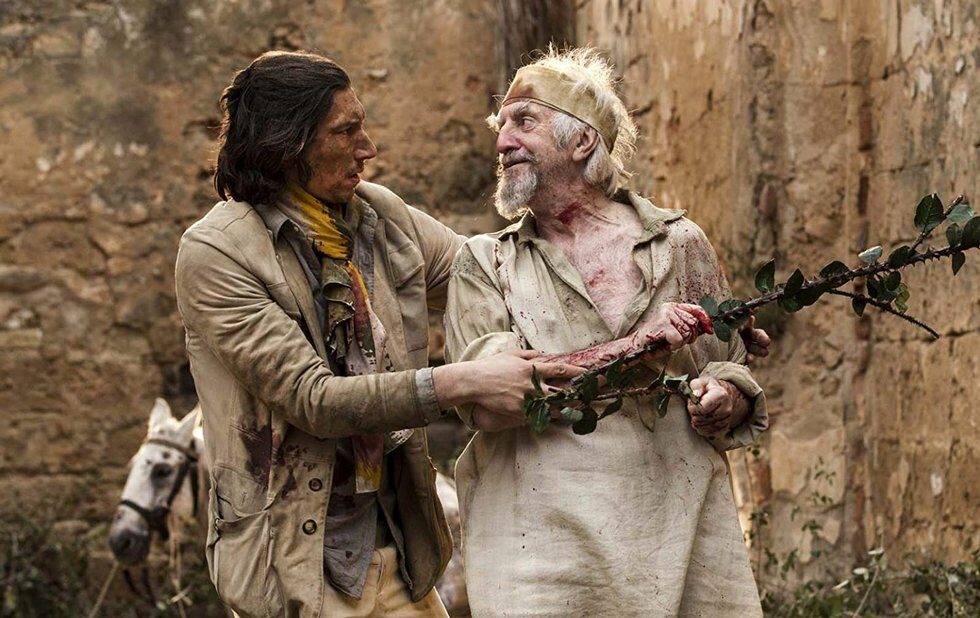 The Man Who Killed Don Quixote is one of those be-careful-what-you-wish-for propositions. Yes, Terry Gilliam has finally delivered the passion project hes been trying to make for a quarter of a century. But, no, its not anything youd want to see.

It guts me to say that, because Ive been rooting for Gilliam to make this movie ever since it collapsed on him the first time around, when he was shooting it in 2000 with Johnny Depp and Jean Rochefort. That ordeal as chronicled in Keith Fulton and Louis Pepes essential documentary Lost In La Mancha was in itself an absurd comedy about an artist tilting at windmills, and you came away wondering whether any literal Quixote project could measure up to it. Maybe it was possible, but not this one.

This production stars Adam Driver as Toby, a commercial filmmaker whos in Spain to shoot a vodka ad but winds up caught in the orbit of an elderly knight (Jonathan Pryce) who insists hes the noble hero of Cervantess 17-century novel.

Toby recognizes him as a village cobbler Toby cast as Quixote in his student film a decade earlier a film that just happens to have been called The Man Who Killed Don Quixote but thats irrelevant, and before long Toby is being dragged all over Spain as an unwilling Sancho Panza, reality itself seeming to bend to his masters delusions.

I can see how this premise appealed to Gilliam, whose entire filmography can be viewed as a consideration of the ways in which fantasy and escape intersect, over and over again and who is something of a Quixotic artist himself, pursuing his own artistic interests even or especially when they derail his chances at commercial success.

Im sure hes made the movie he wanted to make, but its a frenzied grab bag of old ideas and toothless industry satire, with bonus lashings of unnecessary sexism and racism. (I know Gilliams defenders will excuse them as the work of a caricaturist, but thats an allowance that should be revoked at this point.)

Driver gamely tries to make sense of a character whose sole purpose is to sputter with disbelief at the madness around him. (I know how he feels.) Meanwhile, Pryce gives his all as the movies Quixote figure, bellowing the tenets of chivalry with wild-eyed conviction, but has no character to play beyond that its as though hes awaiting direction that never came.

This might be intentional, but the way the film is assembled its impossible to know. A more disciplined filmmaker would have understood the need to establish some semblance of reality before charging into the more hallucinatory elements say, the Gilliam who created the dystopic now-and-then worlds of Twelve Monkeys a quarter-century ago but todays Gilliam is long past thinking about the needs of his audience.

Whats most depressing is watching the elemental themes of fantasy and escape that fuel most of Gilliams work most obviously in Time Bandits, Brazil, The Adventures Of Baron Munchausen and The Fisher King, but even Tideland and The Imaginarium Of Doctor Parnassus, too fail to serve him here. Now that his favourite subtext is simple text, all he can do is point at it and wait for us to notice. But were way ahead of him.