NOW MagazineMovies & TVReviewsReview: The Mandalorian season 2 has the best time playing in the Star Wars toybox 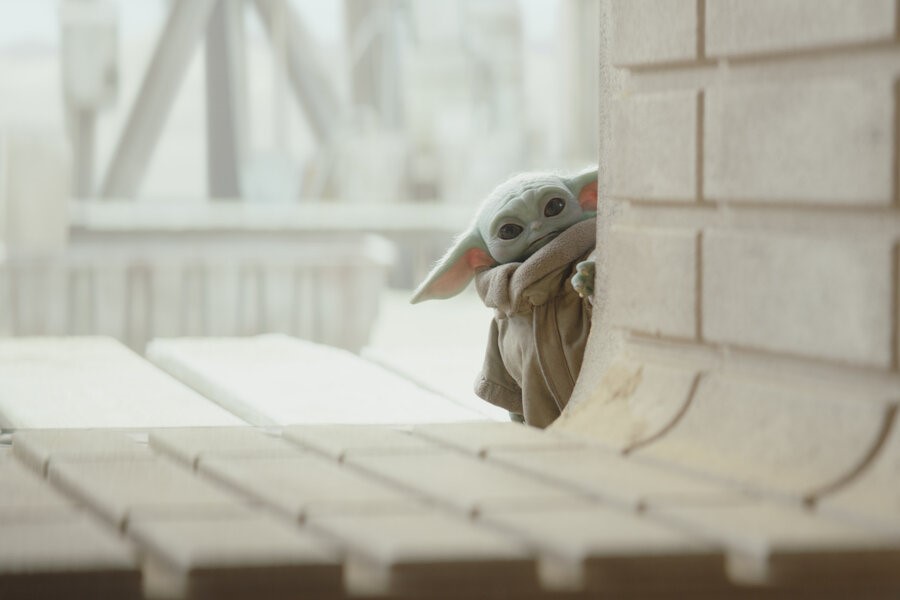 : The Child in Lucasfilm's THE MANDALORIAN, season two, exclusively on Disney+. © 2020 Lucasfilm Ltd. & ™. All Rights Reserved.

When The Mandalorian debuted on Disney+ last November, it felt like a unicorn: a self-contained story set in the Star Wars universe that remixed the DNA of George Lucas’s creation into something that felt fresh and different – but can still be recognized as Star Wars.

Lucas used elements of Westerns and samurai movies to create the universe of Jedi Knights and the evil Empire, borrowing the structure of Akira Kurosawa’s The Hidden Fortress for his world-changing 1977 blockbuster. Mandalorian creator (and occasional director) Jon Favreau isolates and highlights the tropes and rhythms of those inspirations, spinning them into a tale of a lone bounty hunter wandering from planet to planet having adventures.

Like a gunslinger or a samurai, our hero abides by a strict moral code – a code that’s immediately complicated when his latest assignment turns out to be an adorable alien child in need of his protection.

It’s the 50s TV series Have Gun, Will Travel crossed with the 70s Baby Cart movies, set in a galaxy far, far away. And that first season was kind of remarkable in its invention and emotional range; for all of its fan service and sub-referencing, Favreau and his team – which includes Clone Wars executive producer Dave Filoni – are telling a methodically paced, fully fleshed-out human story here. And it’s all the more impressive because the human in question is someone who spends almost all of his screen time hidden behind a helmet. (Further complicating that, the Mandalorian is realized through a combination of stunt performers, CG and actor Pedro Pascal; the star’s voice, electronically filtered, is the only constant.)

The first season of The Mandalorian ended with our hero accepting a new mission – to return that Yoda baby safely to its own kind – and making a new enemy, Giancarlo Esposito’s ruthless Moff Gideon. And while that seemed to set up a more urgent master plot for the second season, things don’t look to be moving any faster this year.

Moff Gideon doesn’t appear in the season 2 premiere, The Marshal, which finds the Mandalorian returning to Tatooine in search of another warrior who wears the Beskar armour of his clan. Instead, he’s drawn into a life-or-death situation in a frontier town, where the local law and his townspeople are in conflict with both the Tusken Raiders and a very large monster. To get what he wants, the Mandalorian must help them solve their problem… which, given the whole “very large monster” thing, proves rather challenging. But it’s still over in the space of an episode, IMAX-scale finale and all.

It’s a reaffirmation of the show’s purpose from writer/director Favreau, telling us not to expect a radical change in the way The Mandalorian will tell its story. We’re still going to be having adventures every week, most of them drawing on Western tropes. The actor cast as the eponymous Marshal is a way of underlining the show’s genre of choice: Timothy Olyphant brings the laconic presence and confident physicality he perfected in Deadwood and Justified into the role of a space lawman without losing a step.

The actor also plays the absurdity of being a Star Wars character with just the right level of self-awareness, which is something I think is essential to the success of this show: just as Favreau and his team are clearly delighted to be playing around in the toybox that is the Star Wars universe, bringing back this species or that droid for a dopamine hit of fan service, the cast is relishing the chance to strap on a blaster and run around these worlds as well.

The Mandalorian works because it invites us to share that sense of giddy joy at what’s still possible within this franchise, and all the smaller stories that can still be told once you stop worrying about the Skywalker family and the machinations of empire. It’s just a guy and his little green baby, zipping around the galaxy, meeting interesting people and saving them from rampaging sandworms, one hour at a time.

Turns out that’s a pretty good proposition for a Star Wars project right now. Who knew?