NOW MagazineMovies & TVReviewsReview: The Meg is a toothless shark movie with an identity problem

Review: The Meg is a toothless shark movie with an identity problem

Neither as smart nor as dumb as it needs to be, this creature feature doesn’t even know what to do with Jason Statham 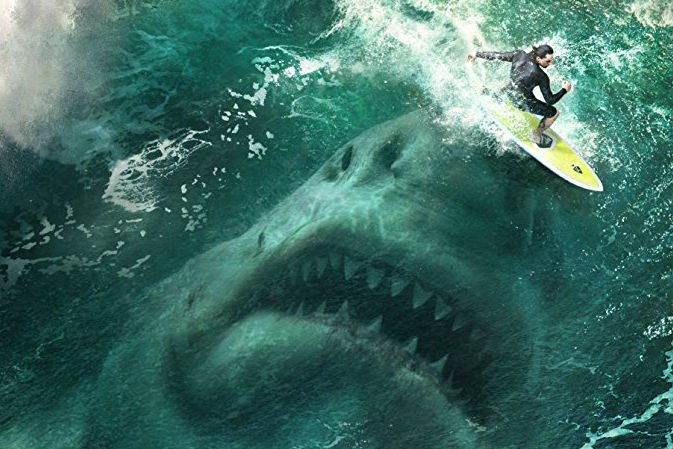 Is The Meg better than a Sharknado movie? Objectively, I would have to say yes: the effects are better, the actors are of a higher calibre, and there’s no obnoxious pop-culture cameo jabbing us in the ribs with affected irony. So that’s something.

But I will say this for the Sharknado movies: they know what they are, and they function accordingly. The Meg is awfully confused about a lot of things, not the least of which is what sort of movie it is.

The script – which barely resembles Steve Alten’s 1997 bestseller – mashes up a dozen hokey 50s creature features where scientists accidentally unleash a threat and then race to stop it, the sleek, relentless fun of Steven Spielberg’s Jaws and the deep-sea tension of James Cameron’s The Abyss.

It’s not a bad recipe, and Renny Harlin’s Deep Blue Sea had a lot of fun with a similar gumbo back in 1999. But this movie is neither as smart nor as dumb as it needs to be in order to work.

The Meg has no heartbeat, for one thing for a film that’s all about ticking clocks, it’s weirdly slack about everything, moving sluggishly through exposition and character relationships as though it doesn’t fully understand that a movie about Jason Statham fighting a 70-foot-long super-shark should spend, like, 90 per cent of its time showing us Jason Statham fighting a 70-foot-long super-shark. (Imagine a Transporter movie where Jason Statham mostly just sips coffee, reads the paper and uses Google Maps to plan out his drive for the day. It’s like that.)

Maybe it’s just that National Treasure director Jon Turteltaub doesn’t have a feel for the genre at all, preferring to play up scenes where Rainn Wilson’s cranky billionaire complains about the elaborate oceanographic outpost he’s funded, or where Statham’s former rescue diver bonds with the wisecracking eight-year-old (Shuya Sophia Cai) of a driven scientist (Li Bingbing).

But it’s all filler, marking time between set pieces pulled directly from Spielberg’s masterpiece – a shark cage, a beach filled with unsuspecting bathers – that can’t help but suffer by comparison because we just don’t care about the characters involved.

Also, at no point does Statham either punch the shark or drive a car into it, so honestly, why are we even here?