Review: In The Misandrists, Bruce LaBruce takes aim at feminism and misses 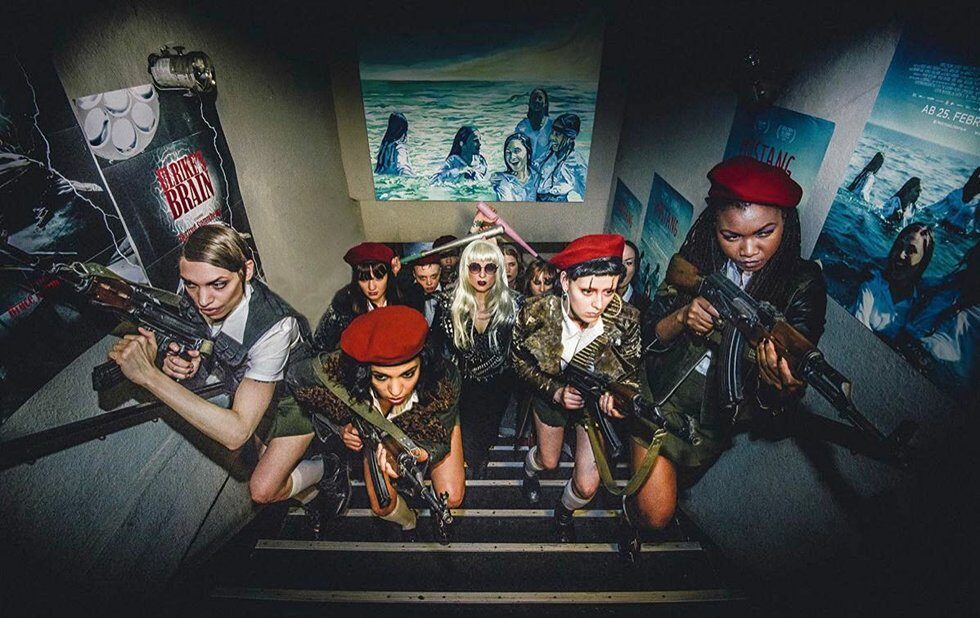 Poor Bruce LaBruce. The queer provocateur cant understand why The Misandrists was rejected by TIFF and a host of LGBTQ+ festivals last year. He insists hes been ostracized just because hes a man whos made a movie about lesbians. That is crap. His 10th feature hasnt made the cut because its a very bad movie.

Its 1999, and the Feminist Liberation Army (FLA) is plotting the revolution from its base at a one-time convent in the German countryside. Having discovered an injured male leftist revolutionary in the forest, two members, Hilde (Olivia Kundisch) and Isolde (Kita Updike), feel an affinity with his desire for change and decide to hide him in the building basement until he recovers.

There is fertile ground for comedy on the radical feminist landscape in the FLA’s policy of forced non-monogamy, but LaBruce doesn’t see the fun there and prefers to mine its pornographic possibilities instead.

At times, you feel like LaBruce gets it. A revolutionary will say something that rings very true a history lesson on the demise of matriarchies, for example, sounds authentic but such moments are presented for laughs. Why? Doesnt LaBruce know the difference between a tribute and trash?

And a gratuitous, unwatchable scene of torture at the hands of the FLA near the end of the film is just a pointless provocation from a filmmaker who revels in having zero boundaries.

There are signs in The Misandrists that LaBruce could have done way better. For one thing, he does know his craft and, thanks to cinematographer James Carman, The Misandrists looks great. A 10-second segment features one of the revolutionary/nuns breaking out in a Roaring 20s-style flapper dance. More of that kind of musical takeoff would have tempered the nastiness.

But you have to sit through 90 minutes of torment before you get there.

LaBruce introduces the movie and does post-screening Q&As, Friday (February 1) at 9:15 pm and Saturday (February 2) at 8:30 pm.