The Most Dangerous Man In America: Daniel Ellsberg and the Pentagon Papers 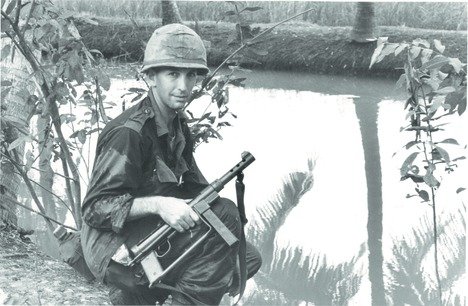 Whistle-blower Daniel Ellsberg spent time in Vietnam before he became The Most Dangerous Man In America.

The title is ironic. Daniel Ellsberg was never The Most Dangerous Man In America, but president Richard Nixon thought he was.[rssbreak]

Rand Corporation policy wonk Ellsberg, sick of the lies promulgated by a succession of U.S. administrations about the war in Vietnam, photocopied 7,000 pages of secret documents and released them to 17 major U.S. newspapers.

We already know that part of the story. But this Oscar-nominated documentary by Judith Ehrlich and Rick Goldsmith digs deeper into the personal transformation that drove Ellsberg to take that risk.

He was the man who gave Lyndon Johnson the tiny bit of intelligence that set the war in motion. He went to Vietnam himself to see the consequences, knew that the administration was misleading Americans, still kept silent – and lost his left-leaning girlfriend because of it. It wasn’t until he encountered anti-war non-violent protesters that he saw the light.

His decision to release the papers was life-changing – for him and for America. It led to a groundbreaking First Amendment Supreme Court ruling to allow publication, and to Nixon’s crazed decision to send his “plumbers” unit to break into Ellsberg’s therapist’s office. Ellsberg even got the girl back.

The Most Dangerous Man In America makes terrific use of Nixon’s White House tapes and footage of Ellsberg when he was working for the feds, gives an alt view of plumbers boss Bud Krogh and, yes, Henry Kissinger. And Ellsberg is a powerful witness to government malfeasance.

But the movie lacks a strong emotional core and may leave you cold.

That doesn’t mean you shouldn’t put an X beside it on your Oscar pool ballot. The documentary category works in very strange ways.