Based on the story of a WWII vet busted for being a drug mule for the Sinaloa cartel, The Mule is better than Gran Torino, but that’s not saying much 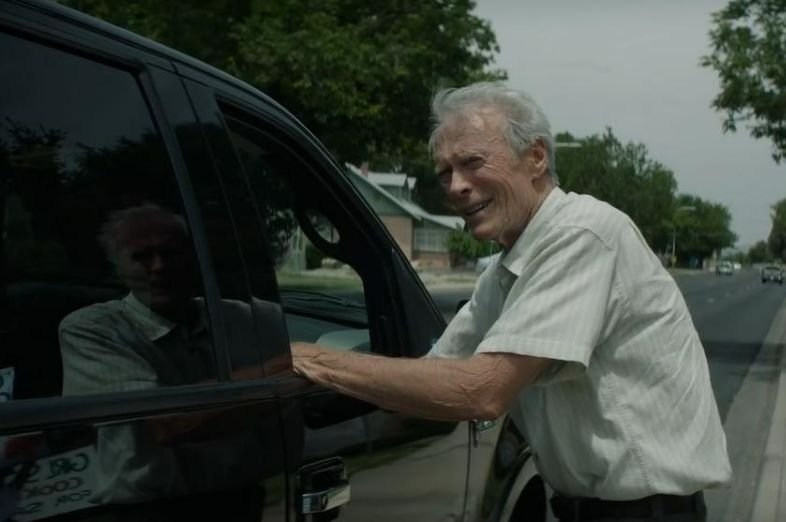 As soon as Clint Eastwood opens his mouth as Earl Stone in The Mule, he mocks a Hispanic gardener for riding around in a “taco truck.” Flashes from Eastwood’s horrid Gran Torino come rushing back.

In some ways, The Mule is a follow-up to Gran Torino. The two movies share the same writer, Nick Schenk. And Gran Torino was the last time Eastwood starred in his own film, playing a crusty racist who turns out to be not so bad because, despite all the shit he says, he still saves the day.

I was tempted to praise The Mule solely on the improvements from the earlier film. Tempted, mind you.

Eastwood’s Earl still says racist shit, this time in a more lighthearted manner, but the movie doesn’t exactly excuse it. There’s a bit more consideration – just a bit! – like when Earl helps a Black family with a flat tire but also awkwardly refers to them as Negroes. They get their moment to correct his ass.

Perhaps the film is taking a cue from the overall story, which is inspired by Leo Sharp, the WWII veteran and day lily farmer busted at age 87 for being a lucrative drug mule for the Sinaloa cartel. The Mule is upfront about Earl’s white privilege, his ability to transport keys for the cartel because he doesn’t look like the people he mocks in his loose-lipped, elderly way.

In an early scene, Earl has to sweet talk a white cop who berates his cartel friends for doing nothing in particular, all while Earl is the one with the drugs right there in his truck. When Bradley Cooper’s DEA agent is closing in on this mule the cartel refers to as Tata, he looks straight at Earl, smiles and holds a jovial conversation with the old man in a diner before moving on to hunt a target that he presumes is Latino or Black.

But for all the consideration in these moments about Earl’s privilege, there are also icky ways that the film shamelessly makes Earl more sympathetic.

He starts moving drugs, supposedly unaware, because he’s financially desperate. He gradually realizes what he’s doing, but continues to do so because he then finds charitable ways to spend the money and earn a way back into the family he neglected in favour of his career so long ago. There’s a very dopey family melodrama playing out in the background to make Earl the drug runner you want to root for.

Not that I didn’t expect this treatment from Eastwood, whose recent movies often explore moral grey areas while keeping things emotionally simple.

Sure, The Mule is an improvement on Gran Torino, but you know that’s not saying much.