Carly Stone’s directorial debut, about a university student who wants her life to be a Nora Ephron movie, might remind you of Frances Ha 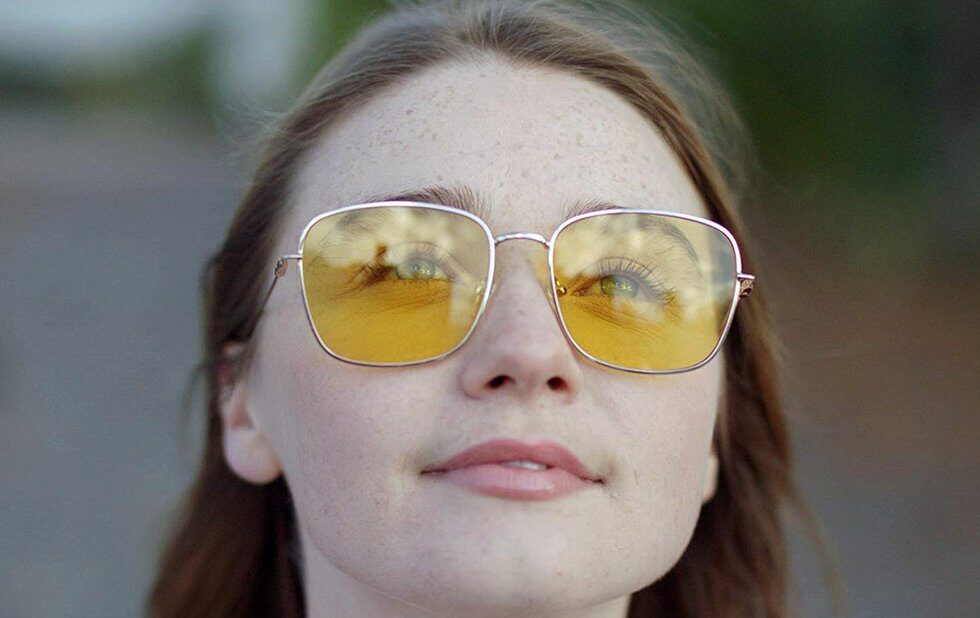 If you saw the Netflix series The End Of The F***ing World, you’ll remember how watching Jessica Barden as the rebellious Alyssa felt like discovering a new star: it was a ferocious, incandescent performance, made even more potent by the inner monologue that let us in on the character’s hidden vulnerability.

You may not recognize her in The New Romantic, where she plays a far less confident character, but that’s the point: the woman can do anything.

Barden plays Blake, a university student who wants her life to be a Nora Ephron movie – a fantasy that has very little chance of happening, since Ephron movies are preposterous fantasies to begin with. Losing her sex column in the school paper (because she’s, um, not having any) triggers a crisis of confidence that resolves when she lands a side gig providing the girlfriend experience to a wealthy professor (Timm Sharp). Which, again, is pretty far from le cinema d’Ephron.

The first feature from Kim’s Convenience writer Carly Stone, The New Romantic mixes prickly comedy with incisive character moments, fully aware of the disconnect between Blake’s impossible expectations and the lives of everyone else around her. (I was reminded of Noah Baumbach’s Frances Ha, and its patience for its flawed hero as she made the mistakes that would lead to her becoming a better person.)

Barden’s perfect for this role, using her youthful look and sharp delivery to show us Blake’s irritation at people constantly underestimating her while still hinting at the self-absorption she needs to overcome. And Stone surrounds her with rising stars (Riverdale’s Hayley Law and Camilla Mendes, Paper Year’s Avan Jogia, Jane The Virgin’s Brett Dier) who all bring an intriguing energy to their scenes. Sharp’s a little more of a dud, but I think that’s intentional.

The ending doesn’t quite satisfy – the air goes out of the plot in the last 10 minutes – but maybe that’s intentional, too. I need to think about it. You will, too.