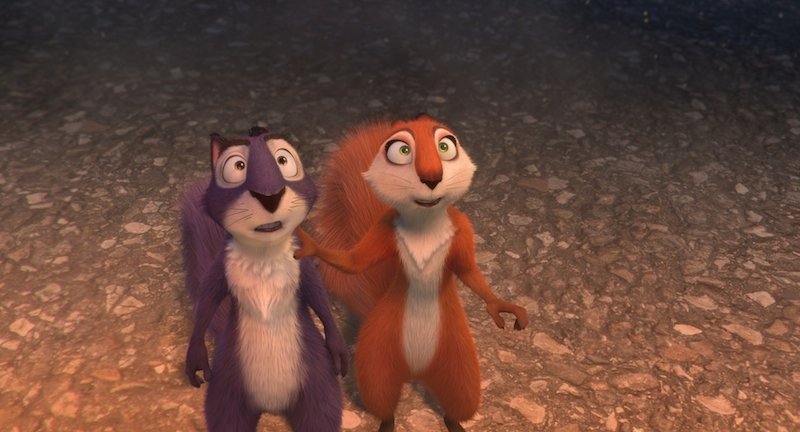 Park critters wage war against a mayor and his bulldozers in an animated movie stuffed with distractions but not much personality to call its own.

In the sequel to 2014s The Nut Job, purple squirrel Surly (once again voiced by Will Arnett) struggles to get back to foraging for food when the nut shop that has been providing for his lazy squad goes up in flames. Just as they begin to reintegrate with nature, the greedy mayor (Bobby Moynihan) begins tearing up the park to make way for a carnival.

The movie stays busy from there with gags about puppy love, leadership drama with the team, small animals bulldozing bulldozers and run-ins with a cute but ferocious mouse (Jackie Chan) that would come off fresh had The Secret Life Of Pets not done the exact same thing a year ago.

Kids wont be so allergic to it. Nutty By Nature moves along competently and colourfully, hashing together known quantities that have proven amusing in less forgettable movies.