Review: The Nutcracker And The Four Realms shows no signs of life

Despite the star power of Keira Knightley and Helen Mirren, this adaptation of the E.T.A. Hoffman holiday tale is just a derivative Alice In Wonderland 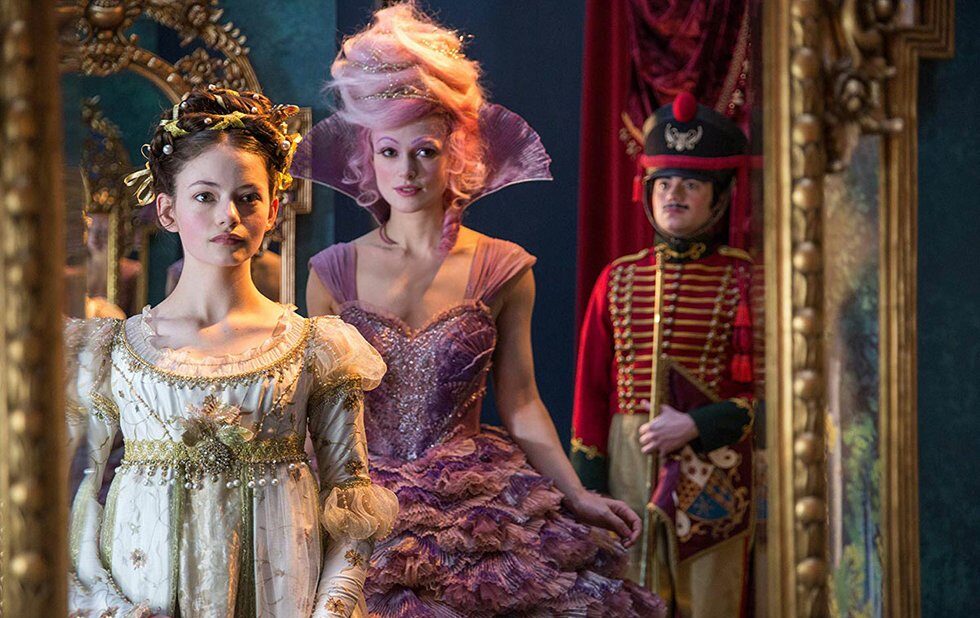 E.T.A. Hoffman’s holiday tale about Christmas toys coming to life is adapted for the millionth time in Disney’s The Nutcracker And The Four Realms, but the film shows no such signs of life.

This Nutcracker dies of asphyxiation after having the formula that once worked in Tim Burton’s Alice In Wonderland cynically shoved down its throat. Hey, they’re both 19th century classics about young girls in fantasylands. Why should anyone bother thinking about what makes them distinct?

Once again there’s a young girl chasing woodland creatures into a magical dimension with competing monarchs who wait on her arrival to wage war. Mackenzie Foy gracefully tiptoes around as Clara. In this plot-heavy adaptation, she’s mourning a mother who once presided as Queen in the four realms (you know, the lands of snowflakes, flowers, sweets and amusements).

But it’s not like anyone gets to leave an impression in a movie that heaves backstory and visual noise (mostly CGI) like discarded gift wrap at Hoffman’s spare plot.

Even composer Pyotr Tchaikovsky is reduced to a minor figure here. His suite is sprinkled teasingly, cruelly, in a movie faking that it can get on fine without the very elements that have made The Nutcracker endure.