NOW MagazineMovies & TVReviewsReview: The Oath is an entertaining, seriously funny look at the political divide in Trumps America

Review: The Oath is an entertaining, seriously funny look at the political divide in Trumps America 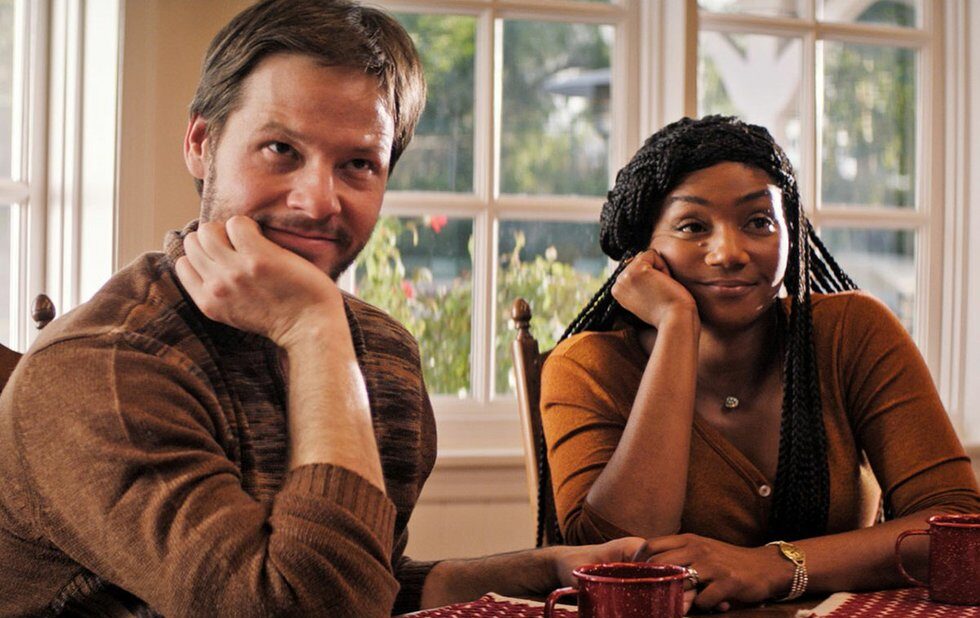 The Oath is a comedy about the political divide in Trumps America, which is to say its not really a comedy at all but it is funny.

The feature debut of actor Ike Barinholtz (whom you may have seen as an affable dope on The Mindy Project, Seth Rogens Neighbors movies and this springs Blockers), its a look at the moral and intellectual splintering of a nation, already in progress.

Barinholtz and Tiffany Haddish are Chris and Kai, a nice progressive couple preparing to welcome Chriss more conservative family for Thanksgiving which also happens to be the day before the deadline for citizens to sign a totally optional fealty pledge to the current president.

As one might imagine, it does not go well. Chriss brother Pat (Barinholtzs real-life brother Jon, deploying the oblivious entitlement hes refined on several seasons of Superstore) has brought his obnoxious girlfriend, Abbie (Meredith Hagner), who seems to spend her whole life auditioning for a commentator spot on Fox News.

Their sister Alice (Carrie Brownstein) wants to keep the peace but is more distracted by her ailing husband (Jay Duplass). And their parents (Nora Dunn, Chris Ellis) would prefer not to discuss politics at all, which their kids all interpret as cowardice.

Things are already tense before a couple of government agents (John Cho, Billy Magnussen) arrive to escalate the situation, at which point Barinholtz turns The Oath into a slow-motion prequel to The Purge, with his characters getting stuck on long-held grudges as the world around them slides into chaos. This is a movie that understands very, very well how families fight and how we become more entrenched in our positions when we feel those we love the most arent listening to us.

Barinholtz makes sure to show us that saner-than-thou liberalism can be just as obnoxious as right-wing swagger though he does get a little too mushy-middle when the time comes to wrap things up.

Still, whenever the action threatens to sag, the actors always find a way to make a moment pop: the usually explosive Haddish is just as watchable as a woman trying very hard to keep her cool, Hagners commitment to her button-pushing conservative act is terrifying, and Cho is quietly wonderful as the guy who just wants everybody to stop yelling at each other.

Its an ideal release for the election season. Just be prepared to grind your teeth through some of it.