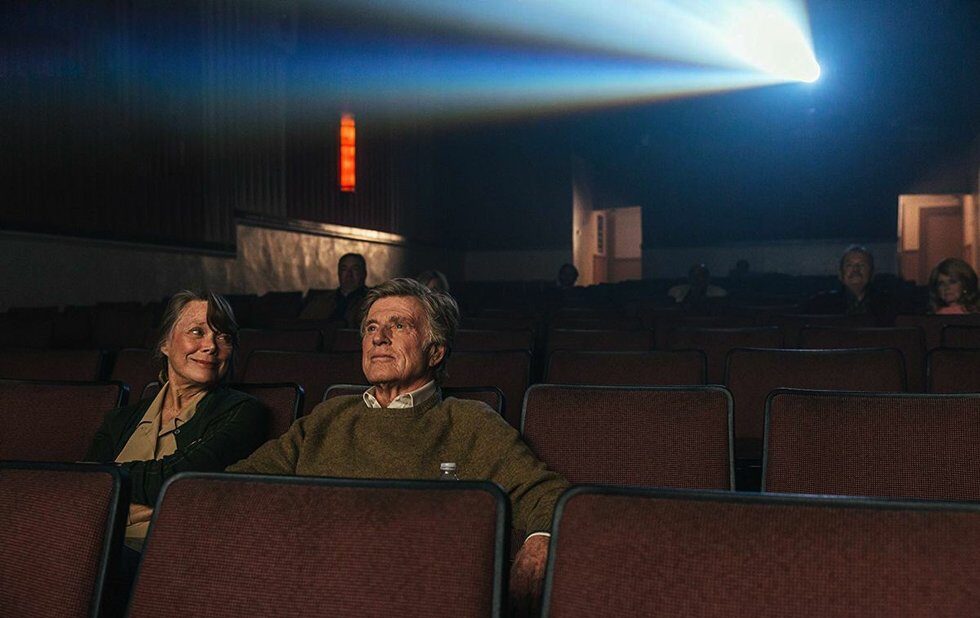 Fresh from its TIFF premiere, The Old Man & The Gun stars Robert Redford as Forrest Tucker, a gentleman bank robber who has spent his life in and out of prison. But have no illusions: it’s really about how much we love Robert Redford.

David Lowery, who cast the actor in his bewitching Pete’s Dragon remake and is clearly besotted with the man’s filmography, crafts an exercise in nostalgia for the good old days when Redford played outlaws with hearts of gold, and cops and robbers respected each other, and men were noble and women were loving and all sorts of other junk the movies have always sold us. I’m just not sure he knows it’s junk.

Set in 1981, when the aging criminal struck up a romance with a widowed Dallas horsewoman (Sissy Spacek) between holdups, it’s Butch Cassidy And The Sundance Kid with Redford playing wistful Butch instead of hotheaded Sundance, or rather it’s Out Of Sight without the edge or the passion.

And despite warm, rueful performances from the cast – which also includes Danny Glover and Tom Waits as Tucker’s bickering associates – and a visual palette designed to recall the great outlaw pictures of the 60s and 70s, it’s the equal of neither.

Casey Affleck (who starred in Lowery’s Ain’t Them Bodies Saints and A Ghost Story) does a lot of aw-shucks acting as a cop who develops a grudging respect for Tucker’s professionalism. That’s another cliché that belongs in the shredder at this point: no, Tucker never killed anyone, but he had no problem pointing his revolver at people if it got him what he wanted.

There are a couple of moments in The Old Man & The Gun where we’re allowed to see how terrifying that is for the person on the other end of it – a woman, both times – and it’s weird the movie doesn’t seem to realize what that says about its hero.