Review: The brilliant Oslo Diaries will make you weep

Documentary on the Oslo Accord shows how close we came to peace in Israel-Palestine... and then along came Netanyahu 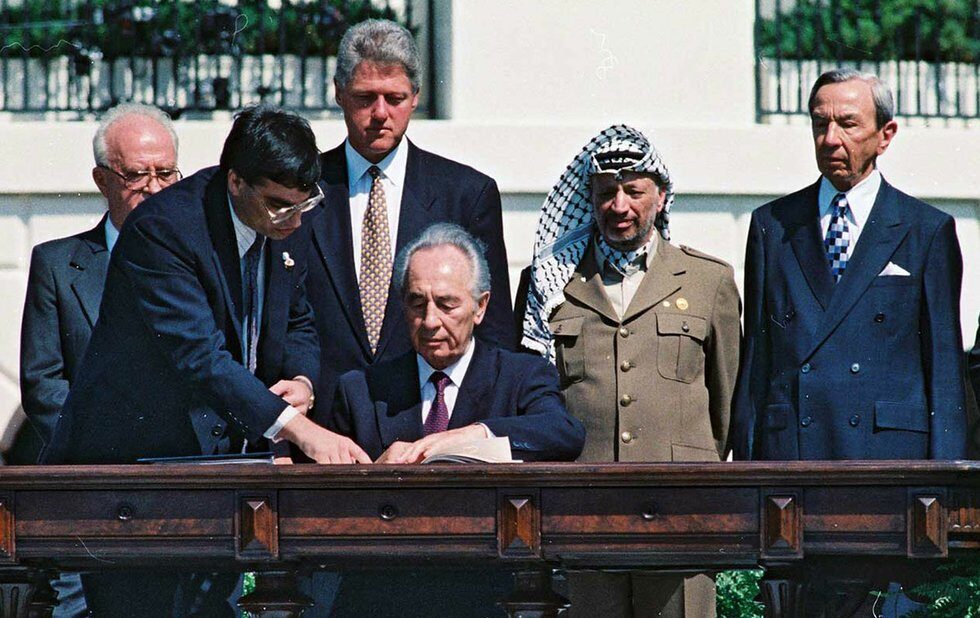 In 1993 the Palestinians and the Israelis made a peace agreement in the midst of unbearable tensions between the two peoples. The meetings began when two Israeli academics with close connections to Palestinian leaders invited PLO representatives to begin peace talks. Making surprisingly good progress, the Israelis ceded negotiations to the Israeli government.

Using cannily created re-enactments, this pic traces the process of both sets of negotiators arguing, agonizing and finally crafting a deal. The key element was an agreement for Palestinian self-government of territories under their control.

Hard-liners on both sides couldn’t bear it. At the mammoth rally celebrating the pact, Israeli Prime Minister Yitzhak Rabin was assassinated by extremist right-wing Zionists and demoralized Israeli leaders withdrew from the agreement.

Three essential points emerge. Talking leads to enemies discovering one another’s humanity. In a terrific sequence recreated from the first round of the talks, the Palestinians try to engage with the Israelis by suggesting the Israelis should understand the Palestinian experience given their trauma during the Holocaust. The Israelis explain, with some edge, to be sure, why the comparison is insulting. The Palestinians hear them.

Nobel Peace Prize winner Rabin was an exceptional leader who stood up to Israel’s settlers and condemned Israeli violence against Palestinians. His takedown of the West Bank settlers during an interview with Israeli TV is startlingly pointed.

Benjamin Netanyahu, the leader of the opposition party Likud, is seen leading demonstrations against the Accord, egging on his tiki-torch-carrying supporters who were screaming “Death to Rabin.” He has blood on his hands and he’s now Israel’s prime minister.

How close they came to peace how far away that goal seems now.