NOW MagazineMovies & TVReviewsReview: The Painter And The Thief is a gripping look at the relationship between artist and subject

Review: The Painter And The Thief is a gripping look at the relationship between artist and subject

Benjamin Ree's Hot Docs entry is arriving ahead of the festival, and it's well worth your time 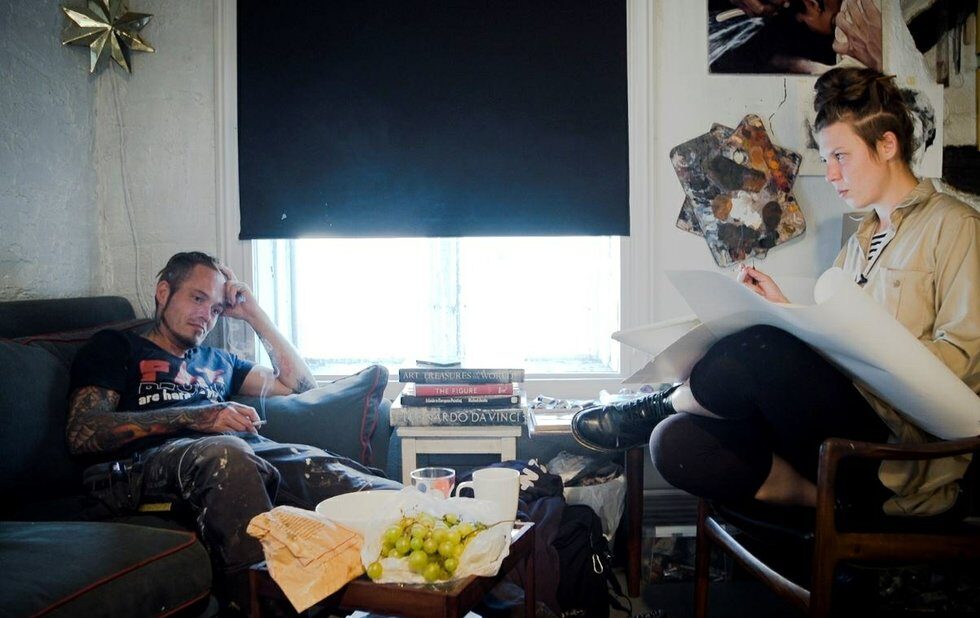 Karl-Bertil Nordland and Barbora Kysilkova are the thief and the painter, respectively.

THE PAINTER AND THE THIEF (Benjamin Ree). 102 minutes. Some subtitles. Available for rental and purchase on digital VOD platforms Friday (May 22), and streaming in the Hot Docs Online Festival May 28. Rating: NNNN

The painter is Barbora Kysilkova, a Czech artist who’s emigrated to Norway to live with her partner Øystein. The thief is Karl-Bertil Nordland, an addict who in 2015 broke into an Oslo gallery with another man, removed two of Kysilkova’s best-known works from their frames and wheeled the paintings out the back door of the building in broad daylight.

The robbery was caught on camera and Nordland was soon arrested, though the painting he stole was never recovered. At the trial, Kysilkova introduced herself to Nordland and asked if he might allow her to paint him. And this is where Benjamin Ree’s documentary begins.

The Painter And The Thief  – which arrives on digital and on demand this Friday (May 22), a week ahead of its inclusion in the Hot Docs Online Festival – is a gripping, thorny look at empathy and transference, framed through the bond that develops between an artist and her subject, neither of whom can quite articulate the nature of their relationship.

Barbora can’t explain to either Øsytein or Ree precisely why she wants to paint Karl-Bertil, but it’s obvious: he’s a fascinating specimen. Simultaneously fragile and volatile, he’s covered in tattoos designed to project a convict’s swagger… but when he speaks, his voice is as halting and tremulous as a child’s. (He also has a child’s tendency to whine when he doesn’t get his way.)

But there’s something else between them, an empathy that binds the two of them together over the three years in which Ree’s movie was shot. In that time, Karl-Bertil is grievously injured in a car wreck – which is entirely his fault – and spends a year in prison, slowly rebuilding his body and his life. And back in Oslo, Barbora struggles to make a living as an artist, working obsessively in her small studio and visiting Karl-Bertil when she can. She believes in him, even though no one else does. The question is whether he will be worthy of that belief.

If I have any real criticism about the way Ree presents The Painter And The Thief, it’s that he’s clearly structured his movie to withhold a key element of the narrative, the better to deliver a surprising revelation in its final act. But it’s not the element you might expect, and in fact it has almost nothing to do with the story he’s really telling.

In the end, that flourish takes something away from the genuinely compelling manner in which the documentary navigates Barbora and Karl-Bertil’s connection. But even acknowledging that, the story at its core is so profound, and so moving, that it can’t be diminished too much. You should watch this movie.