NOW MagazineMovies & TVReviewsTV review: The Politician is a bloodless satire of privilege

TV review: The Politician is a bloodless satire of privilege 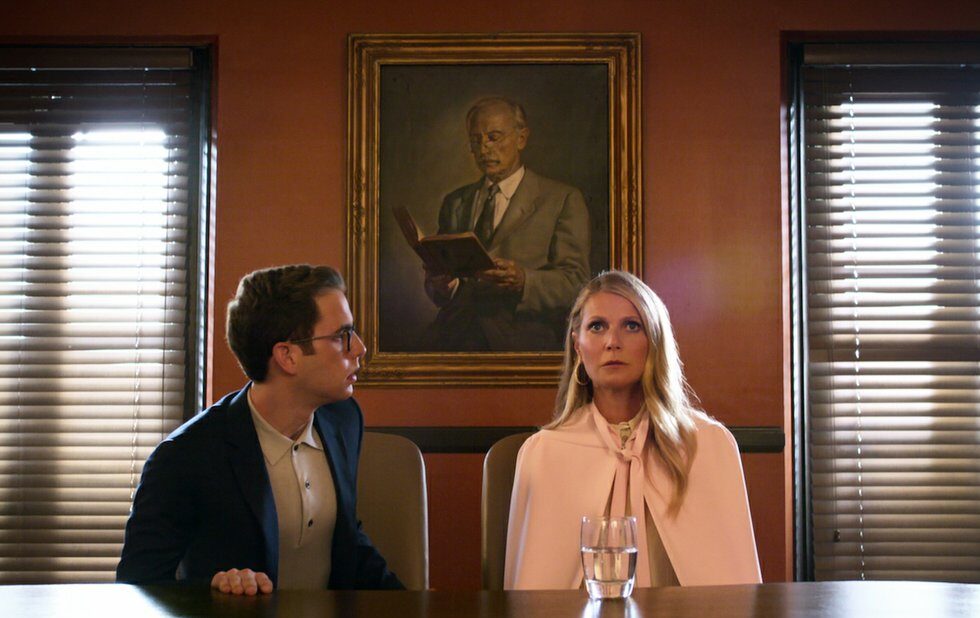 Ryan Murphy’s first series for Netflix couldn’t be more timely. The Politician is about rich and privileged white political candidates who campaign on shallow notions of identity and diversity to distract from their overall lack of substance.

But the Pose and American Horror Story producer, along with his Glee collaborators Brad Falchuk and Ian Brennan, forgot to include the “politics” in “identity politics,” effectively sapping their promising premise of satire that might cause audiences to squirm in discomfort.

Instead, this middling melodrama lumbers along on bloodless plot twists and uneven paces that should be familiar to viewers of Pose’s second season: inconsistent visual style, subplots that are dropped as quickly as they arise, sentimental encounters with ghosts, entertaining stunt casting, expensive music licensing, at least two musical numbers too many and quippy dialogue that plainly sums up major themes in ways that work against the most emotionally invested members of the cast.

Ben Platt (Dear Evan Hansen) stars as Payton Hobart, a sociopathic Santa Barbara high school senior who idolizes Ronald Reagan, wants to go to Harvard and believes he is destined to become president. He was adopted by billionaire parents and his benevolent mother Georgina (Gwyneth Paltrow, not flirting nearly enough with self-parody) dotes on him, much to the chagrin of her biological sons, a pair of conniving preppy twins (Trevor and Trey Eason).

Directed by Murphy, the first episode races through major plot points and themes as if on fast-forward as characters unload mouthfuls of deadpan dialogue. His symmetrical mise en scene effectively establishes key themes but heavily cribs from Wes Anderson – minus the carefully detailed costumes and art direction. Fortunately, the rest of the show’s directors (including Janet Mock and Helen Hunt) abandon the obnoxiously self-conscious aesthetic thereafter.

Payton is consumed with becoming student president and has the unwavering support of a trio of ruthless campaign aides (Julia Schlaepfer, Theo Germaine, Laura Dreyfuss). His opponent is River (David Corenswet), a good-looking but depressed Mandarin tutor who had a secret affair with Payton. During a debate, both candidates prove adept at flipping pointed policy questions into vague talking points about social justice, race and mental health.

Murphy frames these frenemies as two halves of a whole but since River presents as relatably vulnerable, he has the political edge. To up his authenticity game, Payton plans to recruit Infinity (Zoey Deutch), a working-class cancer patient who lives with her faded-debutante grandmother Dusty (Jessica Lange), as his running mate. When we meet them, Dusty is shamelessly using Infinity’s diagnosis to bypass the wait list at a restaurant. Unscrupulous characters willing to exploit each other – and themselves – for political and financial gain are plentiful in The Politician.

It turns out River’s “sad, sexy cry,” (as one of Payton’s aides callously puts it) is a little too authentic: he blows his brains out. Seeing an opportunity to mine the sympathy vote and stick it to Payton, River’s wealthy girlfriend Astrid (Lucy Boynton) takes his place in the election. She then recruits Skye (Rahne Jones), a gender non-conforming African-American, as her running mate and touts their “all-female ticket.”

But, that early Reagan reference aside, the absence of partisan politics sap this potentially incendiary satire of palpable stakes. Instead, dramatic tension hinges on a series of uninteresting romantic betrayals, contrived murder plots and PG-rated political controversies that pale in comparison to real-life news.

Personal motivations begin to complicate the election, but the showrunners never allow the supporting players to grow into multi-dimensional characters in ways that would add to a sense of consequence, or that don’t revolve around Payton’s existential crisis. For example, Skye is as politically malleable as they come, but their willingness to use race and gender as political cover is never explored. Similarly, bursts of melodrama are neutralized quickly, as if we were watching an old-school sitcom with no narrative throughline.

The Politician paints a portrait of systemic bias but doesn’t really explore it. When the election storyline reaches its boiling point, we get some aimless soul-searching that amounts to little more than a set-up for season two (starring Judith Light and Bette Midler).

Through it all, Platt remains watchable thanks to a rigorous performance that requires him to sing on multiple occasions. He’s an intense crier and an emotive singer you get a clear sense of why he would shine in a demanding role like Dear Evan Hansen.

The younger supporting cast members seem as though they’ve been directed to hit the same emotional notes over and over. Paltrow and Lange bring star power, but struggle to add humanity to device-y characters. The former gets a romantic subplot with an equestrian played by tennis/lesbian icon Martina Navratilova that culminates in an uncomfortable-looking kiss – the show’s sole camp moment. The latter works hard to make her latest Mommie Dearest role memorable. She gets a few decent one-liners but her big Emmy-clip monologue arrives long after her plot line has run out of gas.

Along the way we get references to the college admissions debacle, the Cambridge Analytica scandal and lines like, “It’s a pandemic of over-communication that’s led to an absence of intimacy.” Gradually, The Politician shows itself to be as superficial and focused on ticking boxes as its characters.