The Private Lives Of Pippa Lee 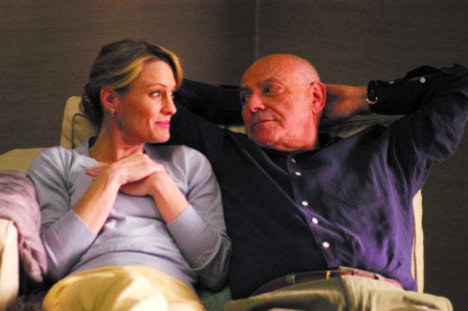 Pippa Lee (Robin Wright), married to an older man (Alan Arkin), starts to lose it when the couple moves from Manhattan to a retirement condo in Connecticut. Elaborate flashbacks reveal why she’s so vulnerable.

Based on director Rebecca Miller’s novel, the film has too many hard-to-believe plot points to make the scenario convincing. Then again, the rollicking narrative sure holds your interest.

The cast – Arkin, Keanu Reeves as a recently divorced self-described asshole, Winona Ryder as the best friend (sort of) and, in flashbacks, Maria Bello as Pippa’s mother, Julianne Moore as a predatory lesbian pornographer (!) – is sensational.

But the revelation is Wright. Pippa is a role that seriously ups her game.