NOW MagazineMovies & TVReviewsReview: The Report shines a light on Americas embrace of torture

Review: The Report shines a light on Americas embrace of torture 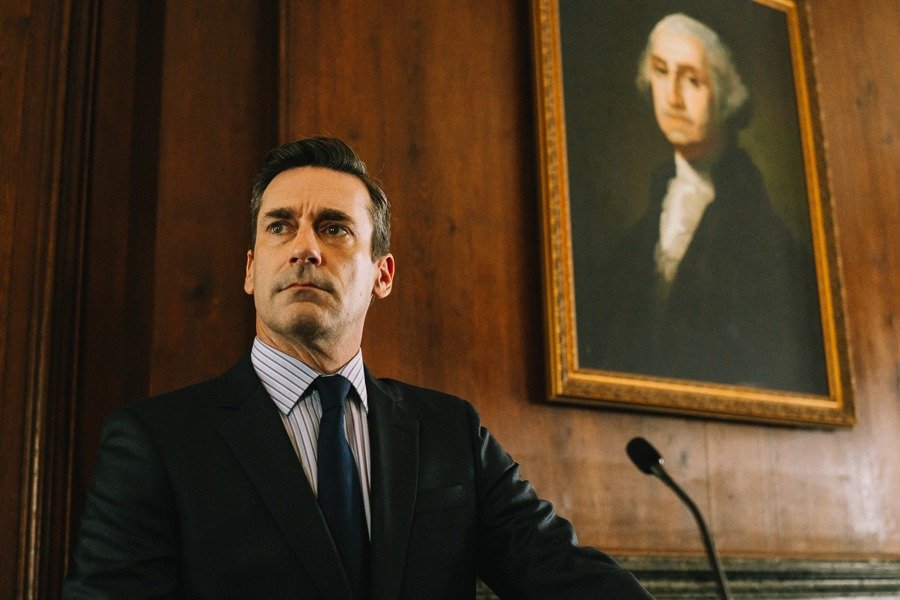 America tortured people after 9/11. Human beings – some of them pretty awful, but human beings just the same – were subjected to cruel and unusual punishments in order to extract information they may or may not have had. George W. Bush’s vice-president Dick Cheney ordered it, and nobody in the administration cared enough to stop it.

This obscene, bureaucratically enabled situation is the rage at the heart of The Report, a new film from Scott Z. Burns that aims to occupy the space between Alan J. Pakula’s All The President’s Men, which dramatized the accumulation of information that brought down Nixon, and Errol Morris’s Standard Operating Procedure, which shone a stylized light on the U.S. Army’s abuses of prisoners at Abu Ghraib.

The Report refashions the decade-long effort to expose and unpack America’s embrace of torture into a quasi-journalistic drama, with Adam Driver as its inarguable hero. He’s playing Senate staffer Daniel Jones, the lead investigator and author of the authoritative 2014 report, depicted here as the one honest man fighting to bring the truth to light. (From the interviews I’ve seen with the real Jones, this feels accurate.)

Burns demonstrated a gift for making exposition dramatic in his scripts for Steven Soderbergh’s The Informant! and Contagion, and he does it again here, with dozens of character actors – among them Sarah Goldberg, Jon Hamm, Tim Blake Nelson, Linda Powell and Maura Tierney – turning up to deliver huge dumps of facts and figures to the aghast Jones, who then repeats them to other character actors, most prominently Annette Bening as his boss, Senator Dianne Feinstein.

It’s a crisply paced, proficient drama that occasionally tilts in the direction of a thriller, with clandestine meetings and hushed phone calls and the constant tension of diplomats and spies angling to keep their shameful dealings out of the sunlight. And there’s the sense that we’re seeing an authentic rendering of events. It never feels like Burns is manipulating the story (or the audience) to juice a little more drama out of a given moment.

Driver, for his part, does a fine job of attenuating Jones’s perpetual sense of moral horror from one scene to the next, even when sitting quietly at his desk. It’s a naturalistic performance that serves the material.

You can watch The Report and come away feeling educated. The exposition is packaged and illustrated very well, and the movie clicks along through years of research and investigation without ever feeling draggy. But it’s also sort of rote: anyone who followed the news at the time will be familiar with most of the facts recounted here, and Burns’s presentation doesn’t offer any new interpretation or perspective. Like I said up top, America tortured people after 9/11. The Report tells us what happened, but leaves out the why, other than saying that Dick Cheney was a vengeful asshole who overstepped his authority. Which, again, we knew going in.

Burns doesn’t share Soderbergh’s ability to find a spark of life in every performance, no matter how small, so The Report never becomes anything more a catalogue of horrors – and one that now feels almost pointless, given America’s post-Obama embrace of Donald Trump’s targeted cruelty. What good can a 6,700-page report do if the new guy won’t read it?