THE ROAD directed by John Hillcoat, written by. 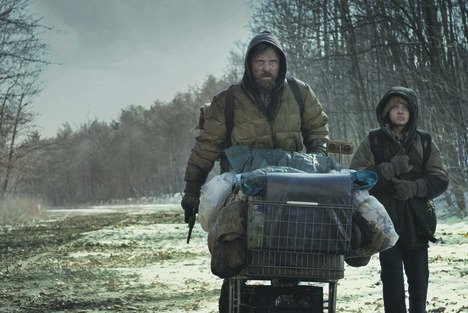 Years after an unspecified global catastrophe, a father (Viggo Mortensen) and his son (Kodi Smit-McPhee) make a long and dangerous trek across a ruined America in John Hillcoat’s long-anticipated adaptation of Cormac McCarthy’s Pulitzer Prize-winning novel.[rssbreak]

It’s an entirely serviceable film, confidently shot and acted, but something essential is lost in translation. The very nature of cinema distills the book’s liquid nightmares into stark, flat reality, turning McCarthy’s blasted landscapes into a series of vaguely distressed forests and fields broken up by the occasional digital image of mass destruction.

It’s a conventional treatment of an aggressively unconventional novel. Maybe that was the only way to make The Road into a movie, but that just raises the question: why bother?