Review: The Sun Is Also A Star is a groan-worthy romance featuring diverse young stars 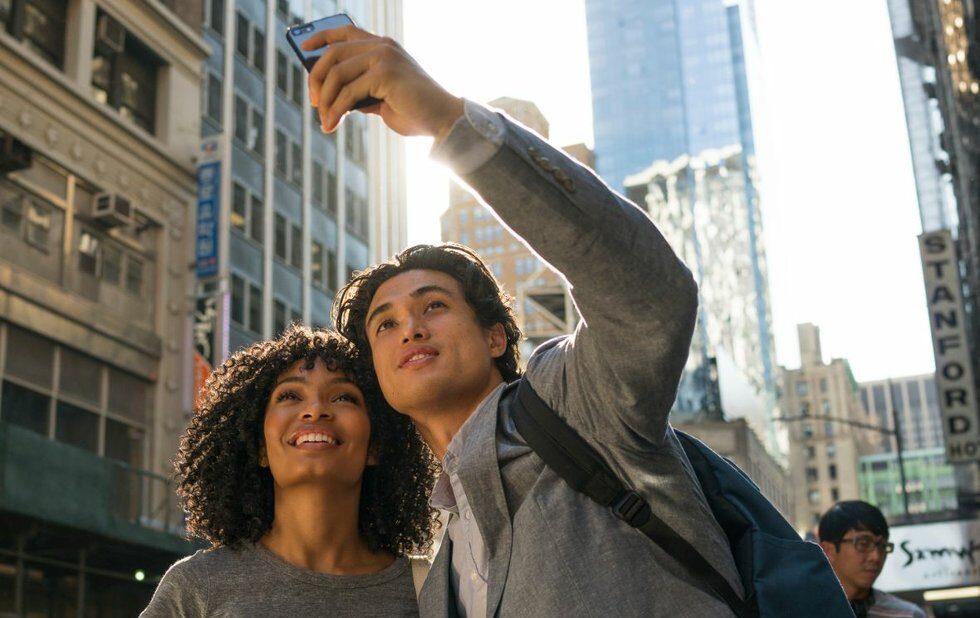 For Natasha Kingsley (Yara Shahidi), love is a delusion caused by hormones, mutual self-interest and socio-economic compatibility. She’s a skeptic who believes in science and reason, but she lets her guard down for Daniel Bae (Charles Melton), who believes destiny is bringing them together.

You see, Daniel woke up in the morning and wrote the words “Deus ex machina” on his notepad. He wants to be a poet, even though his Korean immigrant parents have prepared him to be a doctor. He should listen to his parents, because a poet who simply jots down the phrase “Deus ex machina” and then goes on with his day sounds pretty hopeless.

Except that while on his way to an interview for acceptance into Dartmouth College, Daniel spies Natasha from a distance, and her jacket is emblazoned with the words “Deus ex machina.” This is destiny, which inspires Daniel to pursue Natasha, stalker-like.

In The Sun Is Also A Star, which is adapted from Nicola Yoon’s best selling YA novel, destiny has no problem announcing itself as a shameless plot contrivance. It’s a warning that anticipates your groaning and eye rolling. It’s the disclaimer that says skeptical Natasha will fall in love with Daniel, whether you want to believe it or not.

The movie doesn’t bother with the labour to make you believe: not in the chemistry (or lack thereof) between Natasha and Daniel or even the urgent circumstance that plays out while they negotiate love like a real estate transaction.

Natasha and her family are being deported to Jamaica. That Trump-era plot thread hangs over a Before Sunrise-like prance around New York City as the two immensely attractive, doe-eyed strangers act like their superficial attraction is something more meaningful.

And perhaps to some it will be more meaningful. This is, after all, the rare Hollywood romance about a mixed-race couple, diverse fare arriving in theatres near the 100-year anniversary of D.W. Griffith’s racist classic, Broken Blossoms Or The Yellow Man And The Girl.

Daniel and Natasha look like the couples of today and tomorrow. Perhaps that’s all the motivation we need to believe, if not that they’re destined for each other, at least that they’re socio-economically compatible.