Review: The Third Murder is more than a court drama 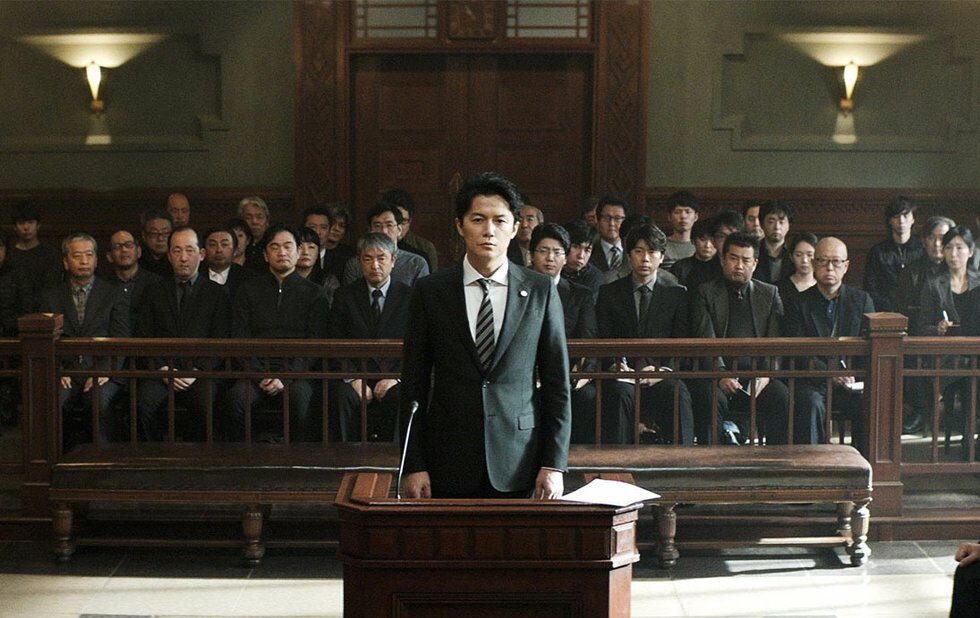 Hirokazu Kore-eda is known for his compassionate character studies – movies like After Life, Nobody Knows, Still Walking, Like Father, Like Son, Our Little Sister and the recent After The Storm. His newest film, Shoplifters, just won the Palme d’Or at Cannes. It’s about a family that takes in a young child. It’s in his wheelhouse.

This makes The Third Murder, which played TIFF last fall and screened at the Toronto Japanese Film Festival just last month, something of an outlier. Kore-eda is still operating in a minor key, telling his story through the accrual of small details and observations… but this is a courtroom drama, where those details could mean the difference between life or death.

Masaharu Fukuyama plays the jaded defense attorney Shigemori, a man more interested in strategy than morality. (Kore-eda is fully aware that this is the default position for such a character in cinema.) But his ability to navigate the letter of the law, if not its spirit, is challenged by his latest client, Misumi (Kôji Yashuko), a factory worker who may not be telling the whole truth about a killing to which he’s already confessed.

Misumi’s story keeps changing the details grow harder and harder to pin down. What looked like an open-and-shut case – especially since the man had already served a prison sentence for double murder – feels increasingly unstable. Shigemori does not take this well at all, and tries to help his client clarify the details in a series of prison interviews that only serve to muddy the waters further.

The grim milieu of the procedural is new territory for Kore-eda, and in its early scenes The Third Murder feels like a riff on the genre work of his contemporary Kiyoshi Kurosawa. (Yashuko played a police detective investigating a series of inexplicable murders in Kurosawa’s masterful thriller Cure, which helps make the connection.)

But eventually Kore-eda makes the project his own, working in his usual concerns of disconnected families and Japan’s rigid social structures – and if the film’s analytical chill disappoints fans expecting the warmth of his recent features, I would just humbly point out that “different” doesn’t have to mean “bad.”

As Shigemori becomes obsessed with exploring alternate theories, The Third Murder finds a compelling, cerebral groove. It doesn’t leave one with the warm, lingering glow of Kore-eda’s best movies, but you can feel him stretching creatively, trying out a new approach just to see where it might lead.

It’s an experimental impulse worth encouraging.