The Transfiguration is a razor-sharp tragic horror movie

The plot about a bullied teen obsessed with vampires might seem familiar, but its origins go deeper 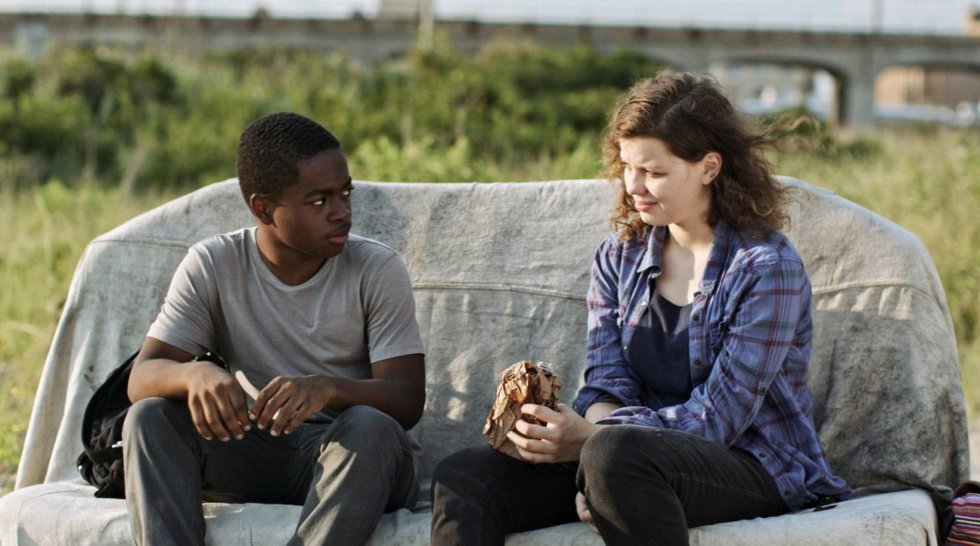 The Transfiguration – which opens at the Royal this weekend for a limited run – is a psychological thriller about Milo (Eric Ruffin), a bullied Queens teen obsessed with vampires who befriends the slightly older Sophie (Chloe Levine) when she moves into his building. And if you think you recognize that story, well… you’re half right, anyway.

Writer/director Michael O’Shea is indeed riffing on Let The Right One In (and by extension the American remake, Let Me In), but only superficially. The resemblance is intentional, but it’s also a trap. The Transfiguration tells a different story, one that reaches back to the unstylized ambiguities of George A. Romero’s Martin and a number of other films on Milo’s shelf.

Ruffin is a fascinatingly opaque presence in the lead, and Levine gives Sophie enough shading that we can understand why she might be drawn to her weird, twitchy neighbour. O’Shea tells their story with a canny balance of empathy and clarity that pushes his movie deeper and deeper into darkness.

The Transfiguration is a tragedy, but it’s also a horror movie. And a very good one.