Review: The Twentieth Century is an absorbing visual delight 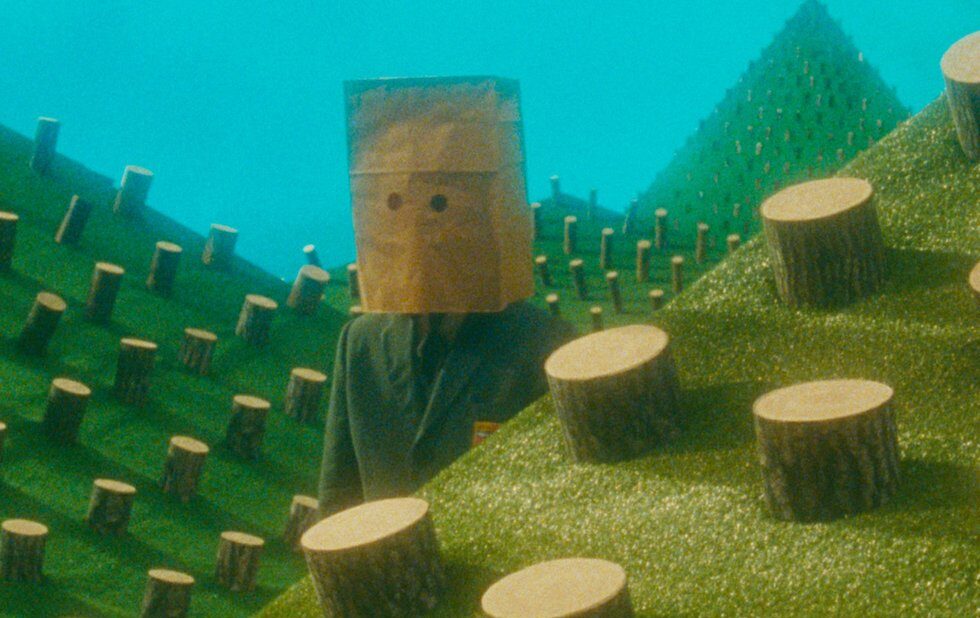 If you find Canadian nationalism, patriotism and identity shrug- or shudder-inducing, writer/director Matthew Rankin’s The Twentieth Century could be a cathartic (or terrifying) experience.

When we meet a young Mackenzie King (Dan Beirne) in 1899, he is at the bedside of a tuberculosis-stricken child quarantined in a home for “defective children.” His concern immediately reads as opportunism, which only increases when he spies the beautiful and politically connected Ruby (Catherine St-Laurent) playing the harp in a window above.

King’s cruel and unyielding mother (Louis Negin) has prophesied that her son is destined to lead the nation, but the aspiring leader must overcome his insecurities and a decidedly unbecoming fetish for women’s footwear if he is to succeed. The first step is proving his Canadianness in a leadership contest against the classically manful Bert Harper (Mikhaïl Ahooja) and the conniving Arthur Meighen (Brent Skagford). The clichés come fast and furious as the men club baby seals, trade passive aggressive barbs and write their names in urine in the snow.

Meanwhile, the political landscape is polarized: the fascist governor general Lord Muto (Seán Cullen) is marshalling troops to fight the Boer war, while nationalism is on the rise in Quebec under the benevolent leadership of J. Israël Tarte (Annie St-Pierre).

From there, The Twentieth Century’s plot veers into a nightmarish shame spiral, as King’s uncontrollable urges precipitate intrigue that sees him traversing from Toronto to Winnipeg and Vancouver.

Shot on grainy 16mm and Super 8 and full of geometrically minimalist sets and lovingly detailed props that reimagine Toronto as a deco-fascistic Edwardian figure skating special, the movie is an absorbing visual delight from start to finish.

Rankin goes full-on classic Hollywood melodrama with a boxy aspect  ratio, hard lighting, demonstrative acting and verbose dialogue (sample line: “How dare she speak of that gormless worm in my presence!”). He adds disarming touches to underscore the serious critique beneath the heightened silliness.

Rankin plays with gender binaries (Negin steals all his scenes as King’s cackling, bedridden mother) to disrupt the WASPy heterosexual masculinity that Canadian nationalism is wrested on. As King, Beirne embodies Rankin’s melodramatic excessiveness, taking his character’s struggle to conform to Canadian niceness to the depths required while maintaining the character’s tortured humanity.

Rankin isn’t interested in subtlety. The Twentieth Century is full of heated rhetoric, which feels especially timely coming off Justin Trudeau’s Blackface scandal during the recent federal election campaign. It reminds us that beneath the nice face Canada likes to present to the world, there’s a private one that just can’t stay hidden.

These characters are intent on serving and preserving their idea of Canada in the face of existential threats, though what Canada means to them is something they are unable articulate, except in the most grotesque and craven ways – it’s merely a self-preserving system of power devoid of principle or meaning. The aggressive artifice and intense stylization of The Twentieth Century underscores that point beautifully, hilariously and painfully.