Review: The White Crow, about the life of ballet great Rudolf Nureyev, soars 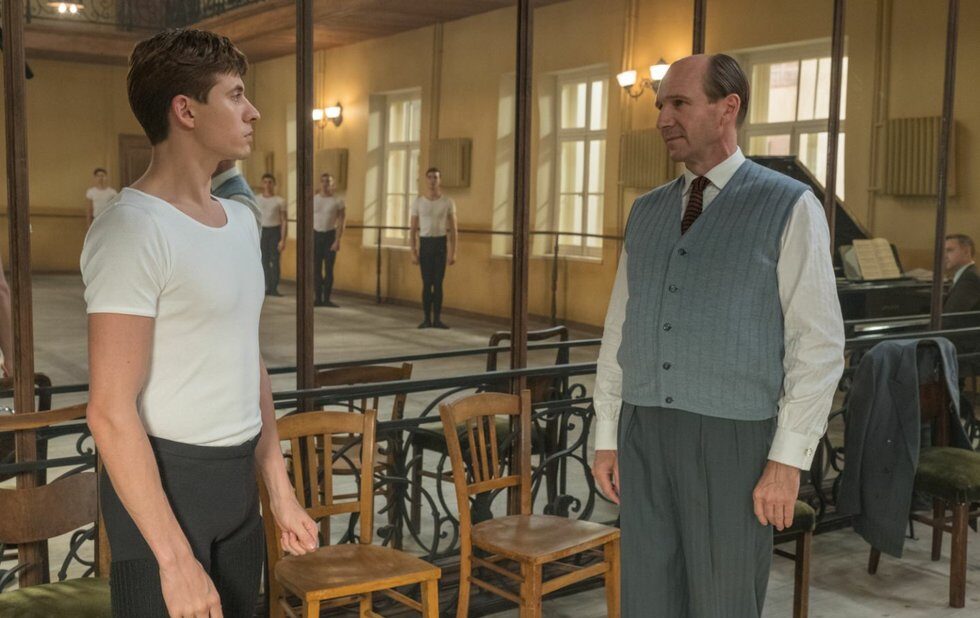 Actor Ralph Fiennes has directed three feature films in this decade: Coriolanus, The Invisible Woman and now The White Crow. All three are pretty good, and sometimes great all three are about difficult men who are, on some level, undeserving of the adulation of the masses.

I am not trying to imply that Fiennes himself is such a person, mind you. I’ve met him a few times, and he can be downright charming. But he knows people most often see him as a villain, in everything from Schindler’s List to the Harry Potter films to those Titans movies where he hisses at Liam Neeson, and I think he wonders what it would be like to really be that guy – haughty, brusque, demanding, and so talented that people have to just put up with it.

The White Crow marks the first time Fiennes hasn’t starred in one of his own films (though he is in it). A study of the early life of Rudolf Nureyev, it casts Oleg Ivenko as the impossibly gifted ballet dancer, whose emergence as a principal in the Kirov Ballet had a seismic impact on ballet culture in the late 50s – and whose defection to the West in 1961 grabbed the attention of the world.

Fiennes’s film focuses on Nureyev’s training and early fame, which allows the director to play his mentor, the Leningrad instructor Alexander Pushkin. Performing the role entirely in Russian – and sporting a receding hairline and subtly stooped posture that makes him a dead ringer for Eddie Marsan – Fiennes’s gentle, patient Pushkin provides the contrast to Ivenko’s icy, angry Nureyev, and their relationship gives The White Crow an intriguing back-and-forth in its early movements.

David Hare’s screenplay – which credits Julie Kavanagh’s Nureyev biography as an inspiration – doesn’t shy away from Nureyev’s less likeable qualities. He was, to put it bluntly, a monster: arrogant, vain, cruel to his colleagues and worse to strangers. He had no compunctions about using people, and we see him do so over and over again – and always with an edge of haughty entitlement.

Ivenko, a dancer from the Ukraine who’d never acted before, shows us the fury behind the easy, practiced confidence the real Nureyev so often displayed in his later years. (He can also dance, though Fiennes is canny about that, limiting us to glimpses of rehearsals and practices for most of the film’s first hour until he lets Ivenko show us, in one spellbinding set piece, exactly why Nureyev was so revered.)

Hare and Fiennes frame Nureyev’s attitude as the mindset of someone who came from a hardscrabble background and believed all his success could be taken away in an instant, but Ivenko finds something more primal: his Nureyev hasn’t yet learned to hide his true self from people.

We see it best in a few key scenes in Paris with the French socialite Clara Saint, played by Adèle Exarchopoulos of Blue Is The Warmest Color. The two met in Paris and became confidants, if not lovers. Nureyev doesn’t speak French, and Saint speaks very little Russian, so they find a middle ground in English, in which Nureyev isn’t quite fluent.

It’s an ingenious storytelling device, reducing their every conversation to specifics, stripping out metaphor and abstraction – and it pays off in the film’s climax, a thrilling sequence at Le Bourget airport. Paralyzed in mid-defection, Nureyev reaches out to Saint for her empathy as much as for her diplomatic connections: she’s the one person to whom he’s ever been honest.

Fiennes pulls off the daring stylistic shift without losing a step, having seeded notes of the Soviet’s oppressive security apparatus – and of Nureyev’s importance to the state – throughout the film. And in that final movement, when The White Crow comes to the turning point in Nureyev’s life, everything else just falls away. The tantrums, the talent, the grace, the indignant fury – none of it mattered on that day, except perhaps to make Nureyev a more visible defector than most. The film puts us in that airport with Nureyev, stripping him down to nothing but raw nerve. Who was this man who pushed back against everything that got in his way and even rejected the nation that made him a star? What did he want, in that instant?

“Freedom” is the obvious answer – but of course it’s the definition of freedom that matters. The White Crow spends two full hours watching Nureyev establish total creative control within the structure of the Soviet Union, and then abandon it all on a panicked impulse. He didn’t know where he’d land, but he jumped. And everybody saw it.