THE YOUNG VICTORIAdirected by Jean-Marc Vallée, written by. 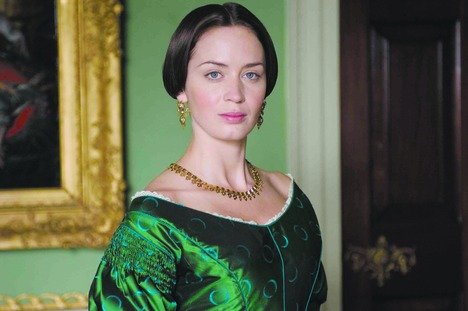 The title is misleading. The Young Victoria is actually about the romance between Victoria and Albert (Emily Blunt and Rupert Friend).[rssbreak]

Drawing on historical references, Julian Fellowes’s script imagines them finding the unexpected sympathy that enabled them to resist the pressures of their respective political circles and thus forge a bond rather than an alliance.

Blunt gives her famously poised character a hint of mischievousness, which is amplified by Friend’s gravitas that balance proves key to director Jean-Marc Vallée’s approach. Undercutting the expected pomp and circumstance with the odd stylistic flourish or irreverent observation, he refuses to let his love story be overwhelmed by the spectacle surrounding it.