NOW MagazineMovies & TVReviewsReview: They Shall Not Grow Old brings World War I back in a stirring way

Review: They Shall Not Grow Old brings World War I back in a stirring way 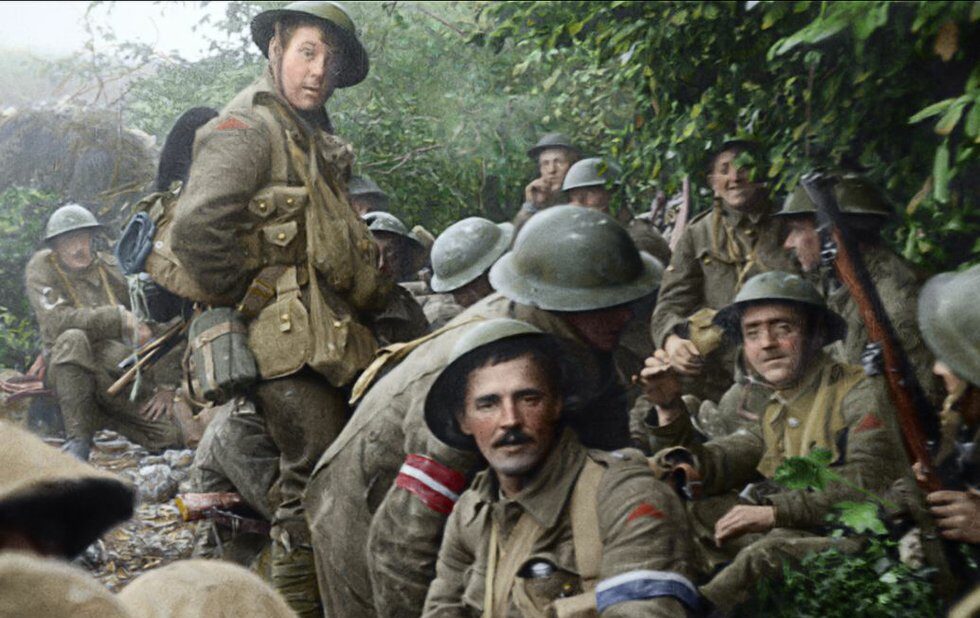 Made in collaboration with the Imperial War Museum in London, They Shall Not Grow Old was produced to mark the centenary of the World War I armistice and to honour the British war effort, and it does both of those things admirably.

Using elaborate digital restoration techniques, director Peter Jackson brings the past to life in an almost stirring way – and reminds us that his instincts as a storyteller can still be formidable.

Marrying archival footage to audio testimonials from veterans sourced from the BBC, the film recounts the experiences of the enlisted, structured as a journey from home to war and back again – with an eye for the small moments that remind us His Majesty’s troops were human beings, and fairly young ones, rather than cold-eyed killing machines. (There are a lot of fond memories of brewing tea in unlikely circumstances, and less fond ones of what passed for toilets at the front.)

The big technical gambit that garnered all the attention when the film screened in the UK last month – refreshing, re-timing and colourizing scratchy black-and-white footage to make it look more “real” to the modern viewer – is introduced gradually, the better to bring us into the era rather than bring the era to us.

It’s not a stunt, but a way to change our relationship to the footage Jackson has said he’s trying to collapse the distance between archival material and the human experience, and show us the war as these people would have seen it.

It’s a radical artistic choice, and it works incredibly well, giving They Shall Not Grow Old a power and an immediacy rarely found in documentary cinema.