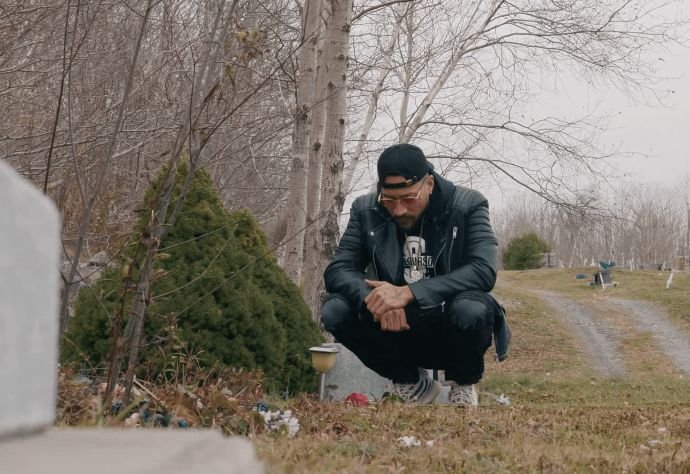 Canadas largest Black community resides in North Preston, a small town in Nova Scotia that was once a refuge for Africans escaping slavery from the U.S. As one historian puts it in Jaren Haymans documentary, North Preston was the underground railroads last stop.

The community has been getting a bad rap in the media, which regularly reports on North Prestons rampant gun violence and sex trafficking.

Cains advocacy work with groups like Ceasefire Halifax and North Prestons Future is barely mentioned in the film. Instead, This Is North Preston fixates on violence and sex slavery while spending most of its time with admitted pimps.

These are the things that lend street cred and a success-story arc to North Preston native Just Chase, an R&B singer who happens to be dropping an EP on the same weekend that Haymans doc lands in Canadian theatres.

I cringe at calling the film a doc when its passing insights into systematic racism and sexual violence are wielded so disingenuously into a promotional tool for Just Chase.

Regularly flanked by an entourage, the singer proudly repeats for the camera where he would hide his pistol as a teen. He hints at his own history in the pimp game before he made his break from the lifestyle and turned into a Billboard-charting recording artist.

The film also features a local police officer, pastor, the mayor and former victims of sex trafficking. But it doesnt spend nearly as much time with them as it does fawning over Just Chase and his crew as they drink in a parking lot (on multiple occasions) and wax redundantly about the life.

If this were a film about North Preston, it might have included more from Cain. A search online turns up multiple CBC media appearances where Cain is seen not only speaking eloquently to the issues affecting the community but going out to make change.

If this were a film about sex trafficking, it might have spent more time with the victims, really listening to their stories.

Instead, these women are here as props in Just Chases story.