Review: Don McKellars Through Black Spruce is bland and uninvolving 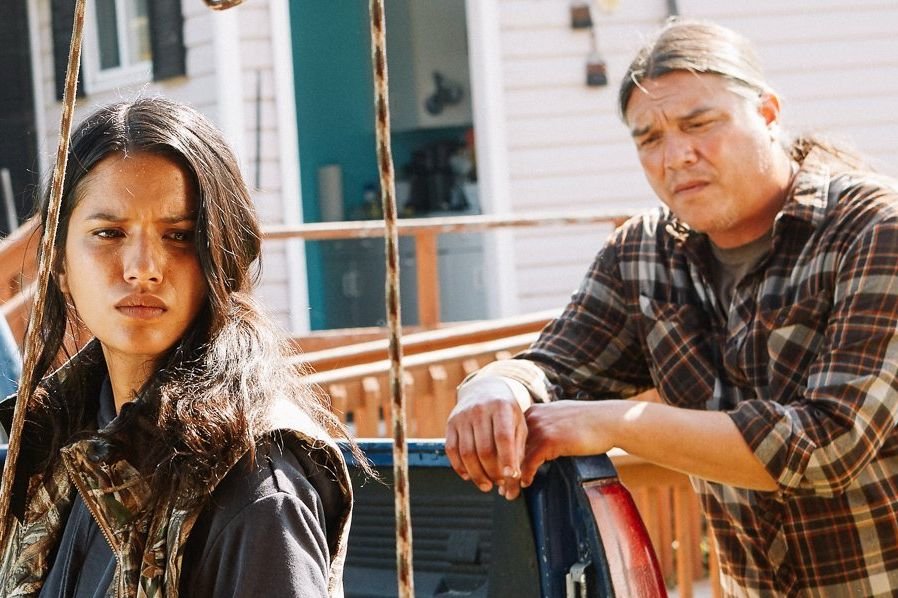 Six months after its TIFF premiere, Don McKellars Through Black Spruce is opening in theatres and were still debating who gets to tell Indigenous stories on film. This movie feels like its on the wrong side of the argument.

Adapting Joseph Boydens 2008 novel about Annie Bird, a young Cree woman who travels to Toronto when her twin sister, Suzanne, goes missing, the film offers an engaging performance by Tanaya Beatty as Annie, and an appealing one from Brandon Oakes as Annie and Suzannes uncle Will, whos being threatened by a gang back up north. But the actors cant break through the white noise of its drawn-out thriller narrative. Its bland and uninvolving, and not at all the sort of experience Ive come to expect from McKellar.

McKellars spent his career making movies and television that reflect his distinctive, dry wit. Even his darker scripts, like the ones for Francois Girards The Red Violin or Fernando Meirelless Blindness, find room for unexpected comic tension that illuminates their characters frailties. And the films hes directed himself Last Night, Childstar, The Grand Seduction have a playfulness, an intelligence and a love of performance that probably made him an appealing choice for a project as complex as this. Hes spent most of the last decade working as a director, though, and maybe thats whats missing here.

Part of that might be due to screenwriter Barbara Samuels discarding Boydens shifting perspectives for a linear narrative, which flattens out the drama and leaves McKellar struggling to find the storys pulse. In the novel, Wills story played out in flashbacks as the character languished in a coma. Now his scenes at home are intercut with Annies Toronto odyssey, making them feel like a distraction.

Beatty makes an impression as the headstrong Annie, but she cant bring the movie to life on her own. The mystery at the core of Through Black Spruce isnt especially complex or challenging, and most of the supporting characters are very thinly drawn.

Graham Greene and Tantoo Cardinal make brief appearances as friends of the Bird sisters, now living under the Gardiner in Toronto. The characters represent a generation lost to alcoholism and systemic racism, but its also a waste of both actors. Its a frustrating representational quandary: if youre casting Indigenous actors of a certain age, Greene and Cardinal are two of the finest… but are these the best roles you can offer them?

I dont believe McKellar exploits or condescends to Boydens characters, but neither does he bring them fully to life. And the fact that I had time to think about this while watching Through Black Spruce is ultimately the biggest problem: as a movie, it just isnt strong enough to overcome the baggage with which its saddled.

Its just sort of there, putting Boydens book up on the screen without any sense of authorship. And maybe thats intentional. Maybe McKellar is trying to remove his own perspective from the film. But that just leaves it with no vision at all.