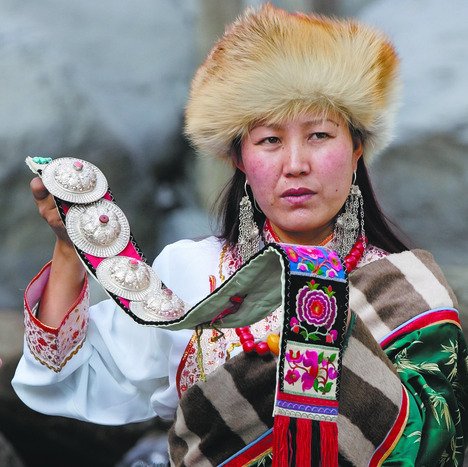 The term “protest song” gets new meaning in Tibet In Song, a superb documentary tracking Tibetan resistance to Chinese repression.[rssbreak]

In the first of three sections, director Ngawang Choephel describes his passion for Tibet’s traditional folk songs, which used to be closely tied to daily life – “Sing and the animals give more milk,” explains one proponent.

After they invaded in 1950, the Chinese set out to eviscerate Tibetan culture, targeting its music especially. Mao always used the arts as a revolutionary tool – 20 performers is better than 1,000 soldiers, he always said. Suddenly, speakers pumping out Maoist propaganda were installed in every village. Then Chinese bureaucrats cleverly co-opted Tibetan songs by applying Communist lyrics to their melodies.

Resistance was powerful – just singing the old songs led to arrest. Choephel himself was sentenced to 18 years in jail for spying in 1996, and he films fellow prisoners’ devastating testimony. Choephel’s mother’s quest for his release became an international campaign until he was freed in 2002, events that take up a significant chunk of the film’s closing act.

But Choephel refuses to let his personal story eclipse the larger picture – it’s the music and the freedom it stands for that matter here.