NOW MagazineMovies & TVReviewsTIFF review: The Father is a poignant look at dementia

TIFF review: The Father is a poignant look at dementia 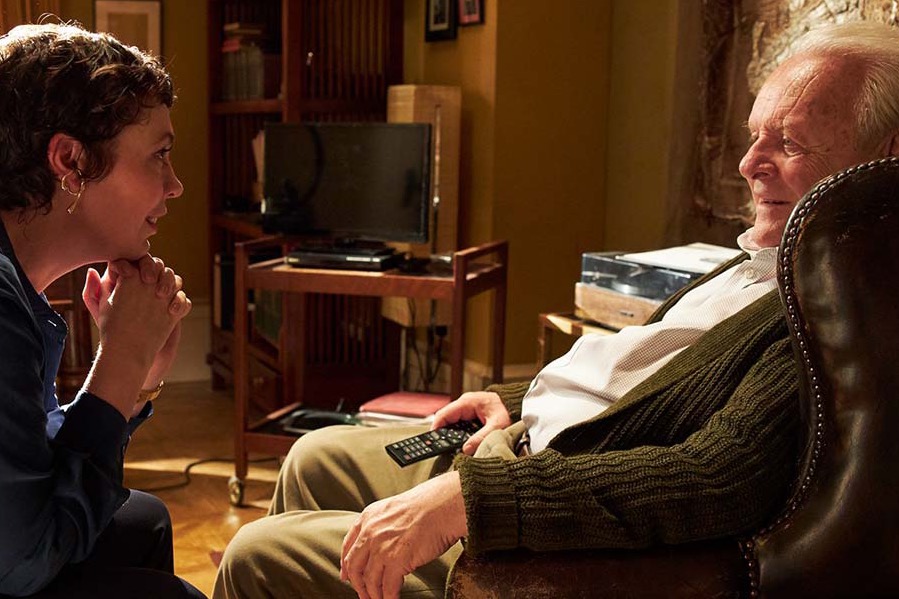 Olivia Colman and Anthony Hopkins offer up masterful performances in The Father.

Anthony Hopkins has always been expert at portraying intelligent, controlling aggressors – whether it was his turn last year as Pope Benedict XVI or his Oscar-winning portrayal of cinema’s most famous Chianti-loving cannibal. But he seldom gets to play vulnerable characters. So it’s especially moving to see him struggle with dementia in The Father, Florian Zeller’s adaptation of his own much-produced play.

As with the stage version, it’s difficult to talk about the material without revealing spoilers. Hopkins plays Anthony, an elderly, well-off Londoner whose middle-aged daughter, Anne (Olivia Colman), is frustrated that he keeps upsetting his caregivers. When Anne hires a new nurse, Laura (Imogen Poots), it seems like a good match. But things don’t go very smoothly.

Zeller does his best trying to open up the world of his play. We get a good sense of Anthony’s London flat and his isolation – he’s captured looking out the window several times, something that’s especially resonant right now. Zeller also gives us tender little grace notes, such as when Anne sees Anthony struggling to put on a sweater and helps him.

And the film’s score – much of it operatic – cleverly suggests Anthony’s class and interests but also deepens the narrative’s mysteries.

But at heart The Father is a small-scaled film, a modest chamber drama. The film’s central conceit of making us understand what it feels like to be disoriented and confused works better onstage than it does on film.

Still, Zeller homes in on the private pain of both living with dementia and caring for someone who has it.

And the acting is first-rate. Colman’s expressive face registers all the emotions Anne is going through – which can change within seconds. Hopkins, meanwhile, captures the fear, frustration and anger of a man whose grip on reality is slipping away. Somehow all his actorly mannerisms – his intensity, his twinkle-eyed charm, the authority of his voice – suggest different things in this role.

Expect major acting nominations for both of them during awards season.