Jake Gyllenhaal delivers a ferocious, if unrestrained, performance as a cop at a 911 dispatch centre trying to save an abducted woman 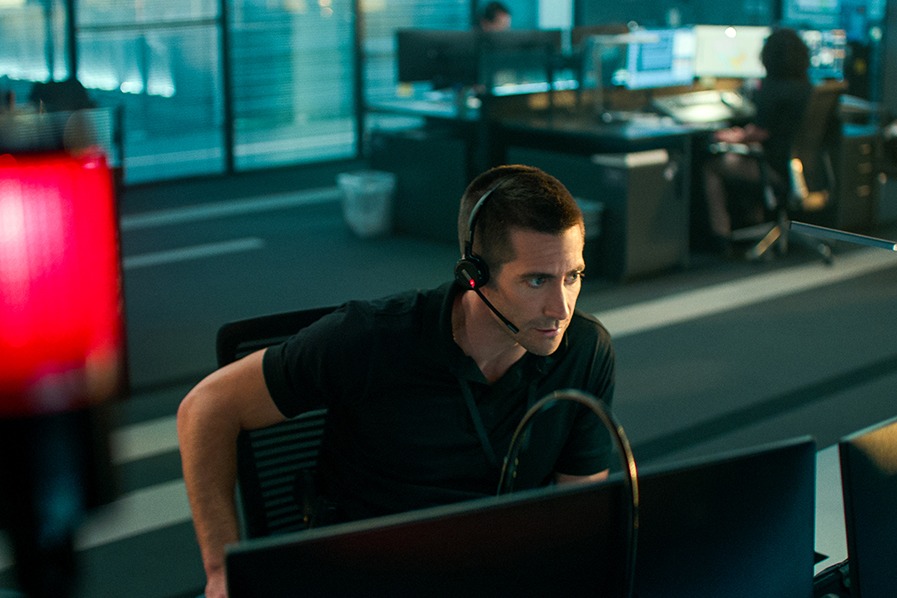 A nail-biting plot and a ferocious (if unrestrained) performance by Jake Gyllenhaal are the main reasons for watching this remake of the superior 2018 Danish thriller.

Gyllenhaal plays Joe Bayler, an L.A. cop working a late-night shift at a 911 dispatch centre. When he gets a call from a woman (Riley Keough) who’s been abducted and is in the back of a van, he scrambles to save her, his anger building at each roadblock he encounters. Meanwhile, he’s got a court hearing the next morning about something he may have done on the force, which explains why he’s working in the call centre.

With its single location – the action takes place in two or three rooms – and limited cast (most of the other actors are heard, not seen), this seems like an obvious pandemic project. Director Fuqua and screenwriter Nic Pizzolatto have added a few L.A. touches, like references to the California fires, which make the west coast seem like a hellscape. Joe’s hearing – the details of which are revealed gradually – also takes on a different context in the U.S. than it did in Denmark.

The plot has a built-in momentum, yet Fuqua can’t generate much visual interest from pulsing red circles on maps of Southern California. And Gyllenhaal, who starred in Fuqua’s 2015 film Southpaw, is suitably intense and exhausted-looking, but his face-twitching performance could use some more shading, especially in the film’s final moments.

This will definitely be worth a watch when it hits Netflix later this month. But the original felt tighter and more surprising.